That you will never forget

Take advantage of the Christmas holidays and join Unitrips on the trip of a lifetime! During this Christmas European Tour, we will visit the most beautiful cities… all of which will leave you speechless. Don´t think about it anymore, join us on this tour around Central Europe and enjoy an unforgettable NEW YEAR IN AMSTERDAM!!

You´ve finally finished exams! It´s time for you to pack your suitcase and grab your coat because you are joining us on this Christmas European Tour and leaving all of your stress behind!

We will spend the first night on the bus passing through Spain until we finally arrive in Paris! 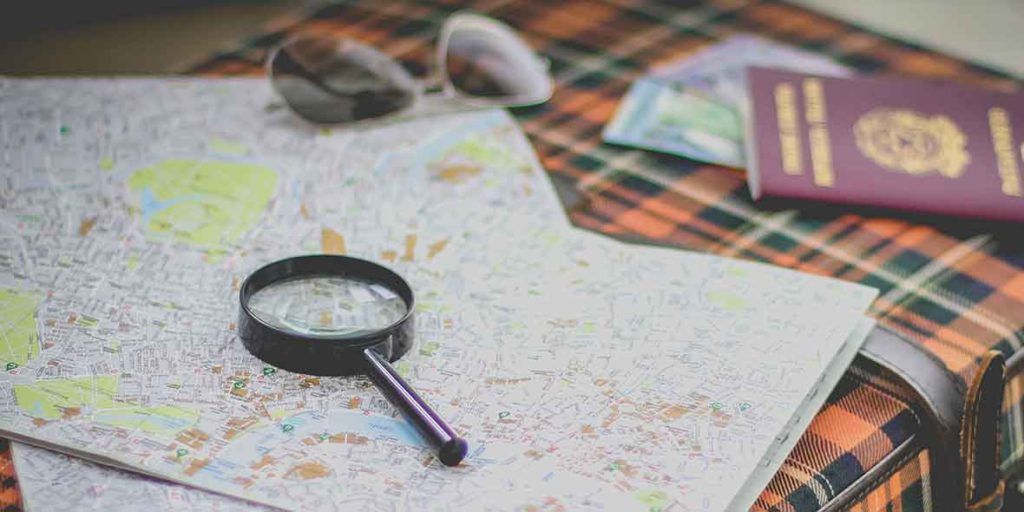 After spending the night on the bus we will arrive in the early hours of the morning in Paris and we will have the whole day to explore!

We will begin this Christmas European Tour in the “City of Light”. Trust us it won´t take you long to fall in love with this incredible city! Even though Paris is known as “the City of Love”, you certainly don´t need to be in love to enjoy it! Imagine walking from the Champs Elysees to the Arc de Triomphe, then walking along the River of Seine until you reach Notre Dame, the Gothic cathedral with the most famous gargoyles in the world. Or what about getting lost amongst the thousands of paintings in the D’Orsay Museum, or even winking at the Mona Lisa in the Louvre museum? You no longer have to imagine because you can do all of these things on this trip!

Of course we can´t forget to visit the most emblematic monument in Paris, the Eiffel Tower. This tower is an incredible steel structure created in the 19th century, which since then has been keeping a watchful eye on the inhabitants of Paris and representing them on the world stage, as it is one of the most famous towers on the planet.

Today we will continue our Christmas European Tour, this time towards Strasbourg, one of the most famous cities in the Alsace region. We will have some time to admire the German influence in this city that is displayed in the design of the buildings and the local cuisine. Why is there so much  German influece here? Well, that is because this city belonged to Germany for many centuries.

On our way to this incredible city we will stop off in a village that looks like it has been taken straight out of a fairytale: Reims. Here we will visit the famous gothic cathedral which has been classified as one of the most beautiful in the country. In 1991 it was even named a world heritage site by UNESCO.

We will leave early this morning in order to get as much time as possible to explore Luxembourg, the next stop on our Christmas European tour. This is one of the smallest countries in Europe, but despite this it is referred to as the “heart of Europe”. It obtained this name due to its geographical positioning in the centre of Europe.

After we have eaten lunch in this wonderful city we will hop back on the bus and make our way to Germany, more specifically Colgone. This city is famous for its incredible gothic cathedral which is said to house the remains of the three Kings.

After exploring the historical centre and trying some typical German cuisine, you will have the whole night to have fun and discover what Cologne is like when the sun goes down! Make sure you try the local beer! 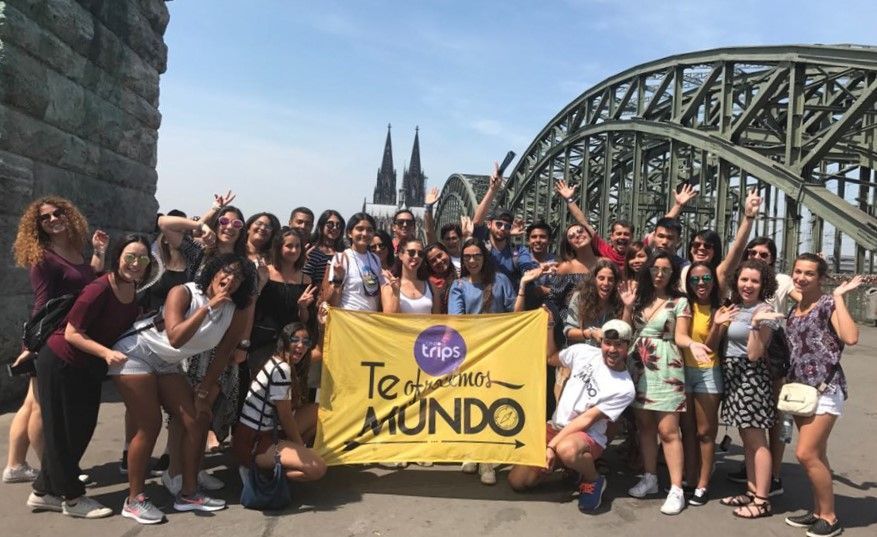 We must take advantage of this moring in Colgone so we will get up early for a guided tour around the old town. We will also cross the famous Hohenzollern Bridge, from which we will be able to admire and incredible view of the entire city.

After eating lunch we will hop back on the bus and continue our tour towards Amsterdam, the capital of the Netherlands. Amsterdam is known as the most liberal city in Europe… which is no surprise!

Upon our arrival in this incredible city we will visit the Red Light District, one of the most touristic zones in the city. You will also be able to find some of the best coffee shops in the world here.

Today we will have the entire day to enjoy what Amsterdam has to offer, especially its architecture, which is said to be the most unique in the world! The houses here are extremely narrow and tall…one could say that they defy the laws of gravity!

Make sure you put a comfy pair of shoes on as in Amsterdam you have no other choice but to walk!

Due to its liberal culture and politics Amsterdam is recognized, worldwide, by many individuals such as defenders of liberalism, especially those who want to legalise light drugs (weed) and prostitution. Discover why Amsterdam is the most liberal city in the world.

However Amsterdam is not all about the coffee shops and the Red Light District, it is also famous for its maze of canals, in which you can get lost extremely easily. If you get fed up of the canals we also recommend that you visit the Van Gogh Museum, the Rijksmuseum or the house of Anne Frank. And if you fancy a beer there is only one option… Heineken (which is made here in Amsterdam).

There is no better way to see this liberal, magnificent city than during a celebration, especially one as big as NYE. In fact, Amsterdam is one of the most popular cities in Europe to spend NYE due to the fact there is SO much to do here! However there is one thing you have to see, the amazing fireworks show that occurs just in time to welcome in the New Year.

Since Amsterdam is the city that never stop surprising we will stay here for another day in order to enjoy eveything it has to offer, the beautiful buildings, the bridges, the fun bars and the lively and modern atmosphere… all of which attract many tourists from all over the world.

If you are a beer fan make sure you join us on our visit to the Heineken Museum. Or alternatively go and visit the house of Anne Frank, one of the most famous stories of Jewish incarceration at the hands of the Nazi´s during World War Two.

Today on our incredible Christmas European Tour you will have the chance to either explore the city by yourself or you can come with us on a day trip to the old dutch windmill village, Zaanse Schans. Here you will get the chance to admire the emblematic wooden windmills, learn how they make the famous dutch shoes that are made of wood and also learn (and more importantly taste!) everything you need to know about dutch cheese!

In the afternoon we will hop back on the bus and head towards Brussels, the capital of Belgium. Welcome to the country known for its waffles and french fries! Brussels is also the headquarters of the different institutions of the EU and the birthplace of many famous comics (like the Smurfs!)

Tonight you must go and visit the famous beerhouse… Delirium which appears in the Guinness Book of World Records for being one of the bars with the biggest range of beers on its menu in the world! And even better Belgian beer is know worldwide for being very tasty!

Today you can choose what you want to do! One of your options will be to stay in Brussels and explore OR you can hop back on the bus to come and explore two of the most incredible Flemish cities in Europe… Burges and Ghent. We will begin this trip by visiting the beautiful and University City of Ghent and then we will put the icing on the cake by visiting Bruges, the most visited city in Belgium, later in the afternoon.

Today on our Christmas European Tour we will get back on our Unitrips bus and head back towards the “City of Light”, but before we get there we will stop at the Atomium to take some pictures. This huge metal structure was constructed for the Universal Exposition in 1958. Since then it has become to symbol par excellence of the captial of Belgium.

We will arrive in Paris in the afternoon, with sufficent time to visit this incredible city! Make to most out of this opportunity and visit all that you didn´t have time to see the last time we were here. For example go to the catacombs, go up the Eiffel Tower or the Arc de Triunfo…. In Paris there is something for everyone to do!

Why not take advantage of the fact that you have the whole day free to explore Paris? Go to Disneyland Paris and say hello to Mickey Mouse or go to the Palace of Versailles, which is located on the outskirts of the city. Inside this historically famous building you can admire the majestic rooms through which King Louis XIV once walked and go into the Hall of Mirrors where the Treaty of Versailles, which ended World War One, was signed.

This evening we have a surprise for you! You will have the chance to do a panoramic tour of Paris at night in our bus, visitng all of the most important parts of this incredible capital. The Eiffel Tower, the Champs Elysees, Moulin Rouge… Seeing the enitre city lit up at night is a completely different experience to seeing it in the day.. do you realy want to miss it?

We will finish our trip by having one last croissant in Paris.

The time has now arrived to return home… but don´t worry because we still have the entire morning to enjoy this city. Try the famous parisian crepes or stroll through the Latin neighborhood, where you will find numerous souvenir shops and traditional coffee shops.

Today we will arrive in Madrid, where Christmas European Tour around Magical Europe will come to an end.

It´s a shame that we have to go but soon we will plan our next trip. Where will it be?

The suggested programme doesn’t include optional/extra activities. You will have opportunity to book some of them in the reservation form, while the others will be proposed by the tour leader along the tour.

Paris: 27th December at 10:00am at the contracted accommodation (Time to be confirmed)

To get to Paris directly you can look here for the best flights.

There are various different airports in Paris (Charles de Gaulle, Beauvais, Orly) and the cost of getting to the city center can vary from 15-40€.

If you have any problems finding a flight that fits the dates and times you need, we can help you out. But before doing anything else, read this article!

Reserve your place now for only €200…

… And pay the rest 45 days before departure.

The cities in which we will sleep may vary depending on the availability of accommodation, supposing that this will not have an impact on the organization of the tour.

The main language of this tour will be Spanish. However specific translations will be given as much as possible for those who speak English as it is not feasible to carry out the tour in 2 different languages simultaneously.

Do you have any doubts? We would advise that you read this article to resolve them 🙂