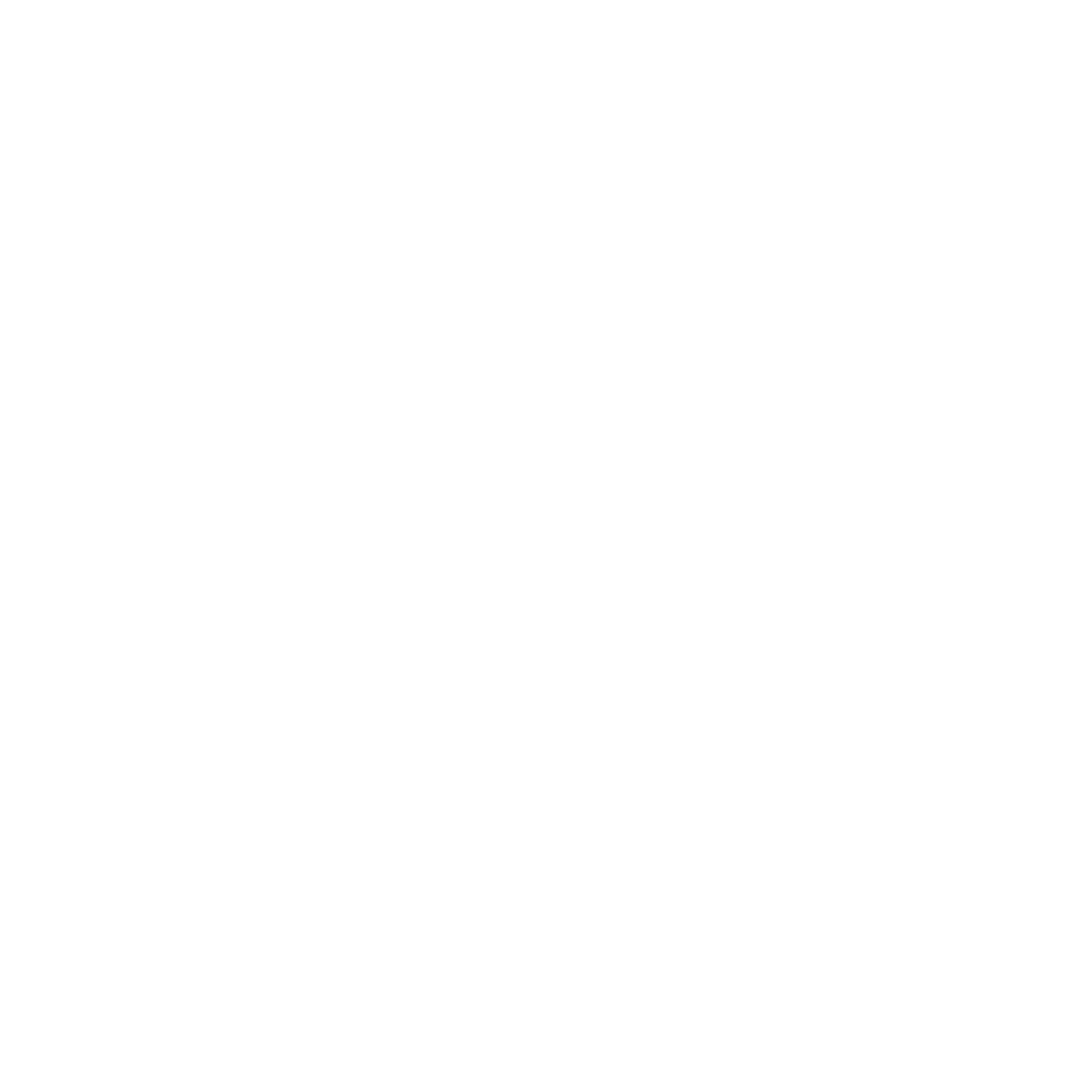 The time has come to pack your bag and get ready for the best 9 days of backpacking through Europe with Unitrips. We will start our adventure in Budapest and then we will head to the most famous and most beautiful cities in Europe such as Krakow, Prague, Berlin…the list goes on! Prepare yourself for the trip of a lifetime this summer.

No more waiting!! The day has finally arrived for you to fly to Budapest to join us on this unforgettable opportunity to go backpacking through Europe!

This first day, depending on the arrival time of your flight, you will be able to walk around Budapest and get to know this city, born by unification of Buda and Pest when legendary Chain Bridge was built.

It’s time to explore the city which was born by unification of two sections: ‘Buda’ on the west side of the river Danube and ‘Pest’ on the east side.

Since  ’89 Hungary and it’s capital have been known for impressive development and every year they receive more and more tourist, youngsters among all, atracted by festivals and nightlife of Ruins Bars.

Are you cold-blooded? Then don’t forget your swimsuit and enjoy the best thermal baths in Europe, either at Szechenyi or at Gellert

After saying bye to Budapest whilst backpacking through Europe, we will start our day heading to impressive Tatras mountains, that mark the border between Poland and Slovakia.

This drive is especially pleasant to nature lovers. Once in Slovakia, only a few kilometers after crossing the border, we will visit a tiny town called Oravsky Podzamok, where we will visit one of the oldest castles in the country, the Orava Castle (optional entrance).

We will arrive to another country which was scene to many battles and bombings during World War II: Poland. Almost all the Polish cities have been totaly destroyed and there are very few with such an intact old town. One of them is Wroclaw, where we will make a stop, if everything goes as planned, to feel the atmosphere of this young city, where more than 100 bridges cross the river Oder. From there, we will follow to the south of Poland, where the cultural and touristic capital of Poland lays: Krakow.

Krakow is the cultural expression of Poland, given its history: here you will have the chance to enjoy different zones developed in different eras, and that didn’t suffer relevant harms during the II World War. The medieval old town is perfectly conserved and it’s possible to walk through it following the royal path that goes from the north to the south of the city, starting at the Barbican, crossing the market square, the biggest in Europe, which is dominated by the Saint Mary’s cathedral, and finishing at the legendary Castle Wawel, which overlooks the river Vistula.

In the XIX century, the Jewish quarter was developed on the south from the castle, the most active and characteristic quarter of the town. This quarter was converted into a ghetto during the Nazi control and it’s where Schindler lived, a German that saved thousands of Jewish lives, lying to German authorities and whose story was reflected in a movie of Steven Spielberg.

Moreover, Krakow has a district that is characterised by communist architecture, known by urbanists from all around the world as Nowa Huta. This also happens to be a very well developed industrial zone.

Close to Krakow, about a one hour driving distance, the only concentration camp that survived the German autodestruction in their attempts to erase the proofs of the existence of these camps.

Auschwitz is a place of memory and reflexion, where a local guide will speak to us either in English or in Spanish about all the atrocities of the Nazi regime and about the physical and moral destruction that the Jewish community had to bear.

We will leave behind the cultural and touristic Polish capital, Krakow, and continue backpacking through Europe by heading to another magical city.

This time, the golden city of Prague awaits us! You will be amazed by the beautiful historic alleyways and the gorgeous 9th century castle that characterises this city.

Prague is the capital of the Czech Republic laying on the Vltava River is the largest city in the region of Bohemia. During its history, it has received many names, such as “The Golden City”, “City of a Hundred Spires” and “The Heart of Europe”.

Lets make the most of the morning to visit this incredible city. We’ll go from the Gunpowder Tower and pass by the beautiful, modernist Municipal House to the Wenceslas square, universally known for the scene in “Prague Spring”. The state theatre, where various works of Mozart were first shown, and the Jewish District are all close by. Afterwards, we can pass by the Clementinum, the old Jesuit college, to finally arrive at the Charles Bridge, with its 30 famous baroque sculptures. If we have time, we can head to the Old town Square with its outstanding and fascinating astronomical clock.

In the afternoon we still have a lot to see of this beautiful city. If you have the energy, you can follow the path up to the Prague Castle, which sits in the bend of the Moldava river, and is the biggest castle in the world. Get to know its patios, where we will find the Saint Vito Cathedral, with its artistic treasures, gothic palaces and the ancient palace of the Bohemian kings with the magnificent hall of Vladislav, which was the biggest civil hall in Europe in its time. Also, the St George Basilica, made in the year 920 and the Golden Lane, where the castle guards, medieval artisans, goldsmiths, alchemists and even the great Franz Kafka all stayed.

We hope that you didn’t get too tired today, because there is a huge variety of Czech beer and it’s very very cheap…

Once we have left Prague on our trip backpacking through Europe, we will head for the famous German capital! But before, we will make a stop in Dresden, the last German city we will visit and which is known as “Florence on the river Elbe”, We will have a chance to try “wurst”, German sausage and to value the baroque architecture of Berlin.

*The route from Prague to Berlin will be made on public transport. Unitrips will take charge for factors such as times organisation and the costs that this implies.

“Ich bin ein Berliner”, which means “I am a Berliner” is what JFK said in 1963 to show support with people who were separated from their families due to construction of Berlin wall. Today, it’s time for you to repeat the phrase and spend a day as a Berliner.

We will continue backpacking through Europe to the Checkpoint Charlie, running across a good portion of the former Wall of Berlin, destroyed in 1989, surely the most important political event of Germany in the past 50 years. If there is time, we will get to famous Alexanderplatz, where you will have an opportunity to lift up to symbol of the Berlin skyline, the TV tower, and watch the impressive views.

Whilst backpacking through Europe, you will have a chance to choose whether to spend the day with us and a professional local guide who will explain even the finest detail of what lies behind the buildings of Berlin, among all Reichstag, the Parliament of Germany, next to it the iconic Brandenburg Gate, and famous monument to holocaust, masterpiece of Heisman.

All good things must come to an end and with that said, it is time to say goodbye to Berlin!

Now you can say you know so much more after backpacking through Europe and you have memories of the most beautiful corners of this old continent, with friends from all around the world!!

Like all good things, this journey also has to end. With sadness but with eyes full of memories, images and emotions that will stay with us for life, we leave our group of friends at the departure point.

The cities where we will sleep are subject to availability, depending on the flexibility of the hotels or hostels. The quality of the establishment will not change.

The suggested programme doesn’t include optional/extra activities. You will have opportunity to book some of them in the reservation form, while the others will be proposed by the tour leader along the tour.

We don’t guarantee the availability of the optional activities, specially if the service is external to Unitrips. In case of the cancellation of the activity, paid amount will be reimbursed.

The final times will be announced via email a couple of days before the departure.

To get to Budapest you can choose:

If you have any problem regarding flights or schedules on the days you want, we can give you a hand. Before anything, we advise you to read this article 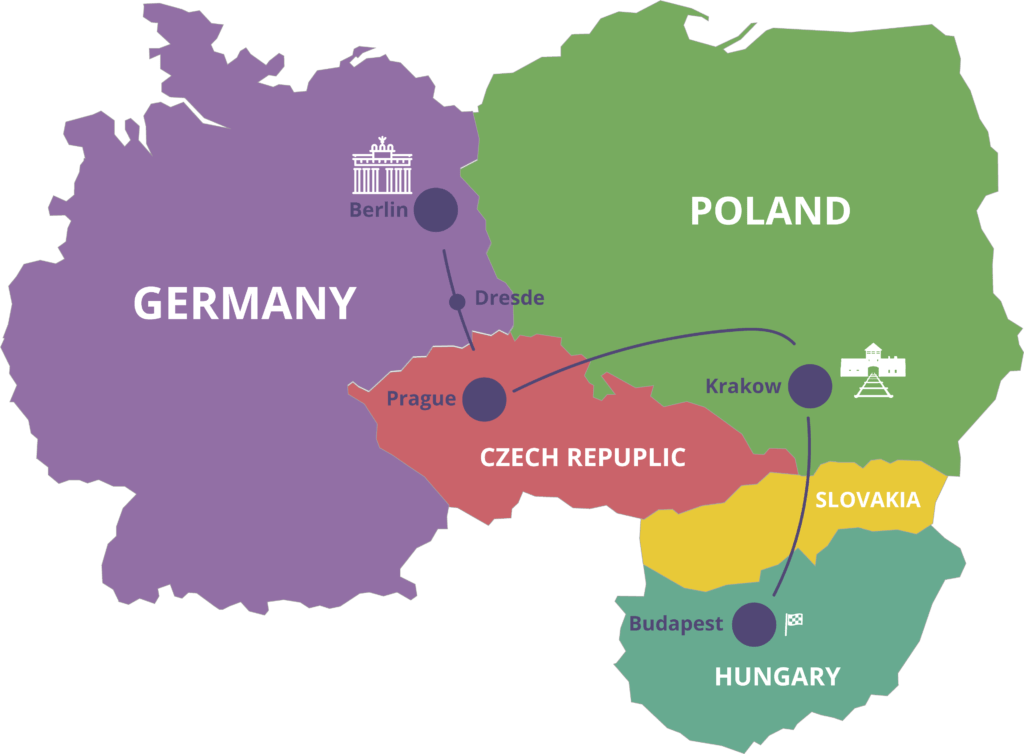 …and pay the rest 45 days before departure

The main form of transport used throughout the trip will be bus. Important: During this trip the group will be divided and put on various different buses (in the case that there is high demand), due to logistical reasons, Unitrips cannot ensure that you will be on the same bus for the entire trip. Unitrips will be in charge of asigning all of the passangers onto the different buses.

Do you have any question? We recommend you to read this article to clarify all your doubts ?

The rooms that will be available on this tour will range frorm 3 to 9 beds, depending on the availabilty. If you want a double/twin or single room you can book this extra service in the reservation formThe cities in which we will sleep may vary depending on the availability of accommodation, supposing that this will not have an impact on the organisation of the tour. Unitrips reserves the right to book accommodation in the nearby cities of those in the program in the case of unavalibility.