Departure: Every other Wednesday

Departure: Every other Wednesday

That you will never forget

For the whole trip

+ a weekend in Russia

What could be better than spending a week crusing across the Baltic sea followed by a crazy yet cultural weekend  in St Petersburg? Book your trip now to discover the 3 Baltic capitals, home to Nordic-European culture.

EVERY WEDNESDAY EVERY 14 DAYS, CHECK DATES.

Important: Unitrips will confirm the availability of the tour after you have reserved your place.

Based on the arrival time of your flight, you will have the opportunity to visit Stockholm before the departure of the ship. Remember that you will have to arrive at 3:00 p.m. in the port, because the ship will set sail at 5:30 p.m.

Do you want ideas of different things and places visit in Stockholm? Well … here you go!

The Royal Palace; Sveriges Kungahus is one of the largest in Europe, and where the King of Switzerland currently resides. You can enter inside if you wish, and see some of its 600 rooms.

The Djurgärden is an island in Stockholm that has is home to a lot of museums. It is very convenient for tourists and very easy to access by hopping on a boat that runs frequently. We would recommend walking hrough this area and visting the museums that catch your attention … You have many to choose from!

After a long day in this hypnotizing city … we will start our Baltic Cruise adventure, in a comfortable boat with all the necessary facilities.

Here our cabins will be the rooms in which we will store the memories we make on ths wonderful adventure. We will spend the night cruising the Baltic Sea and its intense blue waters.

After spending the night on the ship, we will arrive in Helsinki, the beautiful capital of Finland, which has a dazzling historical center, where we recommend starting this visit of the city. Good news…Helsinki is a compact city, which means that it is easy to explore on foot.

Have you tried the Baltic fish? The marine fauna of Helsinki is home to the most tasty seafood in Europe, and we recommend you to take advantage of it and see how you can taste the sea from your plate.

In the evening we will have a meeting point in the port, to return to our boat and sail to the Russian coast.

Arrival in Saint Petersburg: 9:00 am.

And without a visa!

Well yes … with Unitrips you will have the great opportunity to visit the most spectacular city of the largest country in the world, St. Petersburg, without going through the procedures of getting your visa. So take advantage of the old capital of the Russia and of the Tsars.

There are endless sites to visit, but we recommend some essentials;)

There is not a  more emblematic place in St. Petersburg than the Church of the Savior, built on the blood shed for the murder of the Russian Tsar Alexander II. You will recognize its iconic architecture from afar, as it is a monument that is over 100 meters tall.

To give you on idea about what this trip entails, we will find ourselves in the largest country in the world, within it, in the second largest city.

There is so much to do!

So depsite all of the vodka that you drunk last night, you need to wake up pretty early to get to know all of the secrets of this megalopolis of Russia.

There is still so mich to you. Even if you don´t like museums, don´t miss out of the Hermitage, also known as the “Winter Places”. The facade itself is a work of art, since it is locatedon the abnks of the Neva River, and is one of the largest antiwue museums in the world.

Do you perfer exploring palaces? St Petersburg is home to one of the most spectacular Royal Palaces in  the world, the Summer Palace residence of Catherine. It is located in Pushkin, only a stones throw from St Petersburg.

Fed up of palaces? If not there is another thart you should visit, the Grand Peterhof Palace. It has immense gardens that you will fall in love with; with its golden fountains and incredible flowers. The consturction itself is similar to the Palace of Versailles in Paris.

We don´t want to miss anything on this trip so today  we will spend a few hours in St. Petersburg, admiring the historical relics of Russia.

Another of the many monuments that will amaze you is the Cathedral of Peter and Paul. Located in the fortress of San Pedro y Pablo, look for it following its antenna, which its very high up in the sky.

We will return to the port in the evening, to sail the seas once again and continue our low-cost cruise through the Baltic to Tallinn.

Welcome to Estonia! It is fortunate that in this city, its old town has been preserved so well, especially after the Second World War. It was built between the 15th and 18th centuries, and since it has been declared a World Heritage Site by UNESCO.

In Tallin, you can walk through its narrow cobbled streets, and do not be afraid to get lost, because the best way to discover this city is without maps and on foot. Stroll aimlessly and you will fall in love with the medieval city, its small local shops or the food in its endless restaurants.

If you dare you can try the local Vanna Tallin liqueur, which is an Estonian liqueur and it made up of about 40/50 degrees of alcohol.

In the evening we will head back to the Baltic waters to reach the last stop by boat: Stockholm.

Everything good must come to an end and this is the end of our Baltic week.

Or you can enjoy one more day in Stockholm,  the capital of the mythical Viking country, if you fancy!

*The program could suffer unforeseen changes due to weather conditions, traffic… or the ability of the group to respect meeting times.

Luxury solution at an affordable price

Here you will find everything you want: minibar, LCD TV, bathroom with hair dryer, air conditioning, soft armchairs and a glass coffee table. 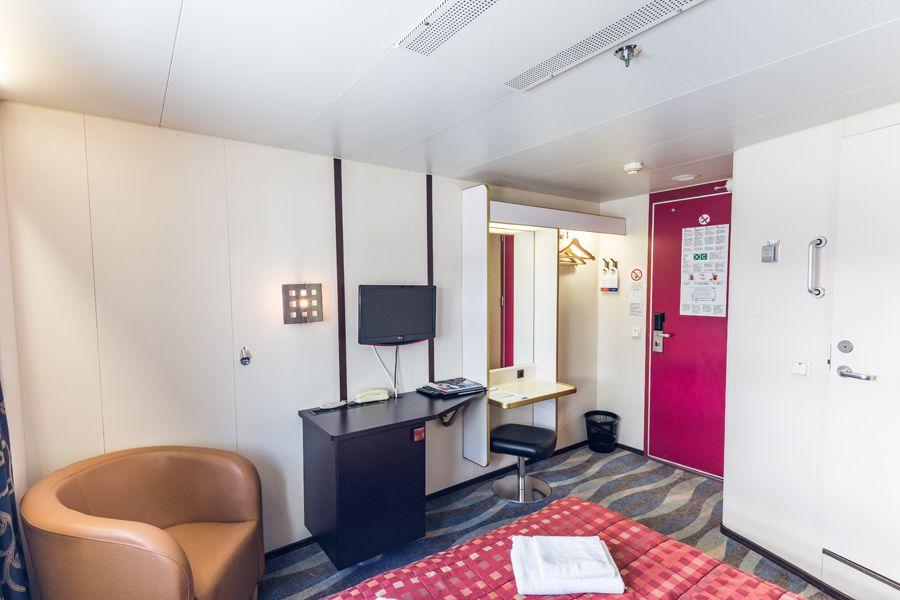 Interior cabin for 2 people (B2)

The best combination at a great price!

Interior cabin for 2 people with air conditioning, bathroom and wardrobe. 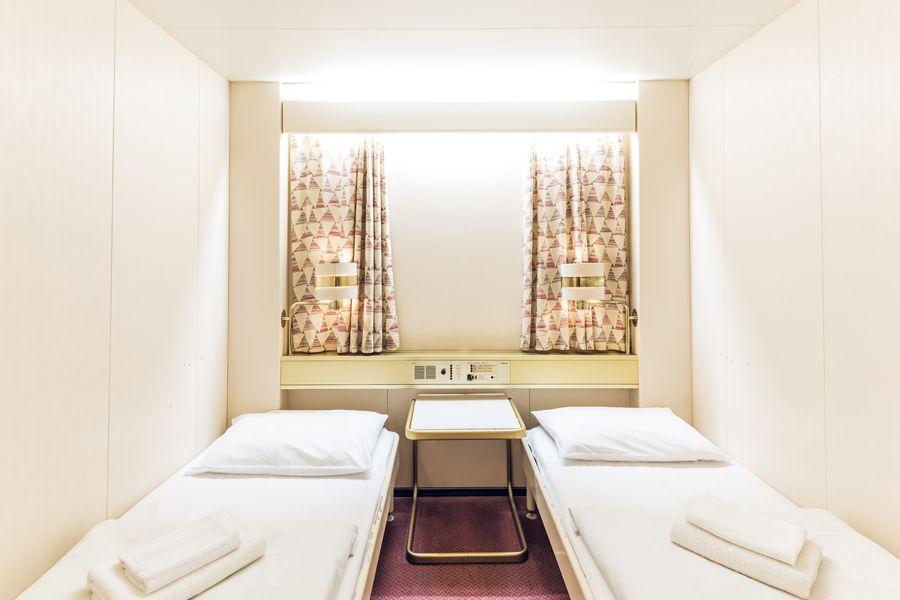 Interior cabin for 3 people (B3)

Are you travelling with 2 friends?

Interior cabin for 3 people with air conditioning, bathroom and wardrobe.

You will recieve more information by email, before the trip, once you have reserved your place!

To get to Stockholm you are catch a flight. You will be able to find the cheaest flights if you click on this link.

If you have any problems finding a flight to fit the dates and times that you need, we can help you! But before you do anything else, you should read this article!

On this boat you will have everything that you could ever need to have fun and be as comfortable as possible!

We will reserve a multiple room of max 8 beds in a hostel in St. Petersburg.

If you would prefer a room to yourself… write to us and we will find a solution for you.

Can you travel to Russia without a Visa?

Exactly! It is one of the strengths of this trip. You can enter Russia and spend two nights here without needing a Visa.

According to the resolution of the Russian government n397 The passengers of this ship will be able to stay in Russia for up to 72 hours.

But do not leave without the necessry documents!

EU Citizens: You only need ID or your passport.

Non-European citizens: Your passport and all the documents that have allowed you to enter the Schengen area will be necessary, for example: NIE, student permit, acceptance of the university, etc.

Do you have any doubts? We would adivse that you read this article to resolve them ?