Departure from Budapest around 11pm to travel at night and wake up the next day in Transylvania.

-The name of Transylvania comes from the Latin word trans: between / crossing and silvania: Forest. So it can be translated as the Country of the forests.

-In this region of Romania literature was inspired for the immortal work of Dracula.

-It is an area of great value, a fact that is justified by evidence that it has been coveted by various groups since the Middle Ages. 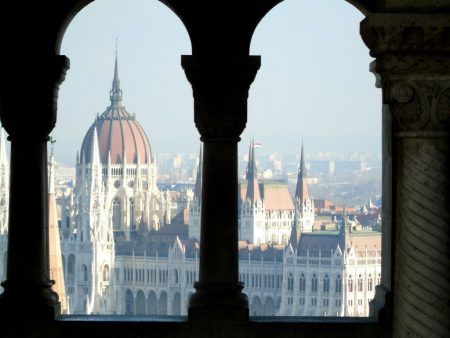 We will visit Sighisoara, a town famous for being the birthplace of the dismal Emperor Vlad, who for those who do not know, was the historical character who gave Bram Stoker the inspiration to create the famous character of Dracula.

After a short while visiting the beautiful region of Transylvania, we will get back on the bus and head towards Brasov.

-Brasov is characterized by being surrounded by vegetation, as well as a mountain of green flora on top of which there is a sign detailing the name of the city, somehwat resembling that of Hollywood.

-The Poiana Braşov winter station,about 12 kilometers from the center of the municipality,is one of the best places to go skiing in Romania.

-Here you can find the famous castle of Dracula, really called Bran Castle. 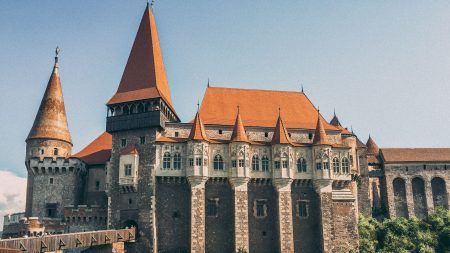 After an emotion filled afternook/night learning about various legends and reliving various nightmares, we will visit Dracula at Bran Castle. Relax… don´t worry… we will go as a group!

In the afternoon we will make our way to the capital of Romania: Bucharest!

If the night before thought of Dracula kept you up, this time it will be the crazy nightlife of this Romanian capital that does not allow you to sleep.

-Officially, in bars and restaurants you do not pay a tip, but the waiter adds 5 percent of the bill.

-The very expensive taxis are marked with letters PO and P and belong to private companies. The rest of taxi drivers negotiate a price!

-For Spaniards, Bucharest is one of the cheapest cities in Europe. 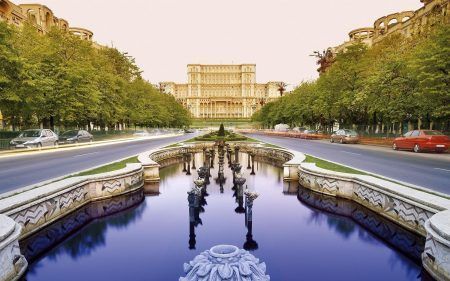 We will visit the elegant streets of little Paris, the Roman ruins, admiring the largest public palace in Europe and the second in the World (only behind the Pentagon). It is so big that Ceausescu, the dictator who championed the construction of this building, never saw it finished!

In the afternoon we will move to another country,  one that was once part of the Roman Empire: Bulgaria! After crossing the Danube, we will visit the peculiar churches carved into the mountain, which have been named a UNESCO World Heritage Site. We will then finish our day in the ancient city of Veliko Tarnovo and admire its Tsarevets fortress.

-Veliko Tearnovo is the cultural center of northern Bulgaria.

-The tourism and the textile industry are the main sectors of economic activity in this city, with some visits from figures of La Casa del Monito or the Church of Sveti Nikola. 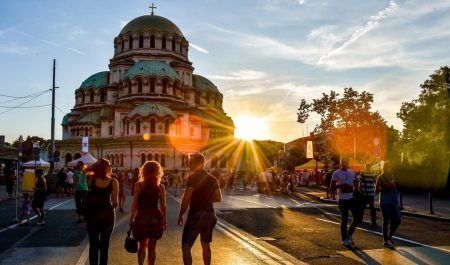 It’s time to head towards the capital of Bulgaria.

The elegant Bulgarian capital awaits you! It seems to be caught between two forms of life, two cultures with the city Sofia as one of the doors that connects Europe with the East, for its markets, its elegant parliament and the domes of the Orthodox church of Alexander Nevski.

One of the attractions of Sofia is that most of its inhabitants speak English due to the popularity of the city. And you know what this means…going out at night in Sofia is an experience that you can not miss!

– Bulgaria is the only area in the world where you shake your head up and down to say no and from side to side to say yes.

-For journalists Bulgaria is great because there are no regulations on what is printed by the media. Such freedom of press means that there is an incalculable number of media related buisnesses that operate here. The disadvantage is that what is published sometimes lacks credibility.

-Bulgaria is the first country in the world that used the Cyrillic alphabet.

– Sofia was one of the few cities that defended and protected its Jewish citizens during the Second World War.

Today you can decide whether to relax and cure your hangover in Sofia or whether to venture to the highest mountains in Bulgaria (almost 3,000 meters) and go on a trip to see the glacial lakes of Rila which will leave you speachless.*

To reach the summit, it won´t be easy: we will have to approach the imposing and sacred Rila Balkan mountain by coach, to then continue on a chairlift and then, depending on your energies, you can decide whether to visit only one lake or  7 (head up… this will involve 5 hours of trekking).

The 7 lakes of Rila are sacred for Balkan trekkers, and their beauty will not leave you gobsmacked!

We will return to Sofia later in the afternoon, so we will get time to have dinner and go out on the town…well this is a lie, after a day like this you will not want to go partying!! 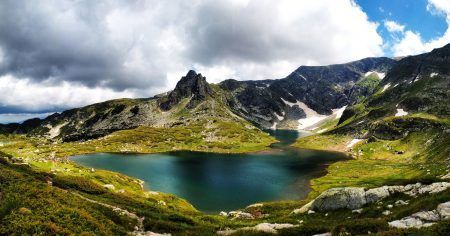 Time to visit somehwere new: this time it is Serbia and after passing the city of Nís we will reach one of the final remaining gems, that together with Vienna or Budapest, brings us the beautiful sight of the Danube; Belgrade

An elegant European in which we will have the opportunity to see many Roman ruins (17 Roman emperors were born in the territory of present-day Serbia). We will also enjoy a visit to the Kalemegdan park fortress, inside which is the Tito bunker, as well as  the medieval walls and the army museum (with more than 26,000 exhibits, including one feauturing heavy weapons used in the Second World War).

The insignia of Belgrade is the temple of Sveti Sava (Saint Sava), a replica of Saint Sophia and the second largest Orthodox church behind the Cathedral of the Savior of Moscow.

Make sure you save your energy for our night out in Belgrade, our farewell night out could not be in a better city!

– The main religion of the country is the Orthodox Church.

– It is a country rich in raspberries, given that about 95% of the canned raspberries in the world come from Serbia.

-The Serbs love the party. In Belgrade, your capital, you can go out partying every day.

– Punctuality does not matter. If you arrange to meet up with a Serbian at a certain time, it is understood that you can arrive 1h or 2h late without an excuse. In terms of the schedules of restaurants, they are never closed. Inconceivable in the rest of Europe!! 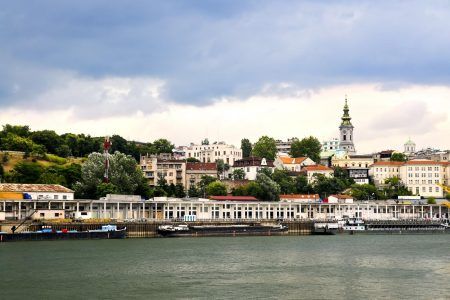 Today we will leave Belgrade and head towards Budapest, a sign that our incredible trip is ending! We only have one night in Budapest left! This Balkan experience must come to an end… but only for now!

You will recieve more information, before the trip, once you have booked your place.

To get to Budapest there are low cost flights everyday from Barcelona and Madrid airports with the following airlines:

You can check  the prices at these comparison websites:

If you have any problems finding a flight that fits the dates and times that you need, we can help! But before you do anything, read this article!

…and the rest 30 days before the departure

Would you like to join a few days late? Do you need to leave before the end? Drop us a line and we can try to give you a reduced price!

As this is a group trip, a minimum of 40 people are required for the trip to be confirmed.

The cities in which we will sleep may vary depending on the availability of accommodation, supposing that this will not have an impact on the organisation of the tour.