At the beginning of the 19th century, the writer Henri Beyle, better known as Stendhal, literally passed out on his visit to the Florentine Basilica of Santa Croce. Since then, this phenomenon has been known as Stendhal Syndrome, or Traveller’s Syndrome, and refers to a series of psychosomatic disorders (dizziness, vertigo, palpitations and even fainting) that some people feel when they see especially beautiful works of art. It is not a surprise that this Italian city gave the French writer such a turn – Florence and its artistic geniuses can do that and so much more! Discover art in Florence here with Unitrips!

The Florentine genius and art in Florence

Florence by no means lacks geniuses of the Arts, as its most notable citizens have practised virtually all of them. It is fair to say that a fine example of this is epitomised by the brilliant figure of just one man: Leonardo Da Vinci. This man we call a Florentine genius was able to bring together in himself all the aspects that define the perfect Renaissance man. The genius behind the Mona Lisa, inquisitive and entrepreneurial, he left no stone unturned: music; painting; sculpture; architecture; philosophy; poetry; botany; medicine; engineering; town planning; literature; science… even invention. Nothing was lacking in the humanist genius of Leonardo. His famous ‘Annunciation’, in the Uffizi Art Gallery, is a must-see you need to fit into the schedule.

The ‘maestro’ of the Sistine Chapel

Without doubt, Michelangelo Buonarroti, Miguel Ángel to the Spanish, is Da Vinci’s most worthy rival in the Hall of Fame of celebrated Florentines. The painter of the most famous frescos in history, those of the Sistine Chapel of the Vatican, he left in his hometown (a town between Florence and Arezzo) many examples of his boundless talent. However, although he was prolific, if you have to choose to see only one of his works, you definitely have to take one of the most classic and legendary photographs of the whole of Florence – a photograph of his famous David. You can go for the replica in the square it originally stood in, in the Piazza della Signoria, or better still, go to see the original which was taken to the Academia Art Gallery to avoid its deterioration due to pollution and the weather.

The other Teenage Mutant Ninja Turtles

Any 80s or 90s kid will remember there were four Ninja Turtles and so far, we have only talked about Leonardo and Michelangelo. We’re missing the other two members of the superhero quartet. So here they are: Raphael and Donatello.

As you will have already guessed, the authors of the comic that was later turned into an animated series were big readers, and they took the names for their green characters from the four Florentine artists. But who were these other two geniuses we’re missing?

The remains of Donatello rest in the crypt of the Basilica of San Lorenzo, if you like that kind of dark tourism. Otherwise, scattered throughout the Tuscan capital you can find examples of his genius that changed the art of sculpting forever. You can admire one of his best works, his David in Bronze, in all its finesse, in the Bargello Palace.

Raphael Sanzio was born in Urbino, more than 100 kilometres away from Florence, but we are not going to leave the geniuses without one of their turtles. Throughout the four years in which the Italian city was being formed, Raphael was able to soak up the mastery of the art around him that emanated from every corner of Florence. More precisely, it was Leonardo who influenced him the most in his painting ‘urbinati’, opposite the ‘Madonna del Cardellino’, back once again in the Uffizi Art Gallery.

Florence before the ‘giants’

Starting with two of the greatest geniuses throughout the history of art could give you the impression that before them Florence didn’t exist. Nothing could be further from the truth. In fact, to prove this, as if it weren’t enough to see it with your own eyes, it must be said that the Historic Centre of the city is a UNESCO World Heritage site.

The Florence of the artistic geniuses, since the era of the ancient Roman ‘Quadrilatero’ fort, is preserved within the old outline of the medieval walls. It was in this period, when Florentia was founded by the Romans in 60BC, that the city began to reveal itself as one of the most important cultural and artistic settlements in the world, as it began to thrive commercially and economically, allowing it to flourish during the Renaissance.

If you wander through the streets of ancient Florence, you will come across many important names of artistic geniuses, some of whom were even teachers of Leonardo and Michelangelo. A stop at Cathedral Square is a must, where you will come face to face with Brunelleschi and Giotto when you see the imposing examples of architecture that surround you.

Likewise, you can also see sculptures by Verrocchio or Ghiberti, and be left speechless by the paintings of Fra Angelico, a real genius of 14th century Italy, the dawn of the famous Renaissance. Then you definitely have to take the opportunity to see the unmissable works of another Florentine genius – make sure you have the time to see the famous ‘Birth of Venus’, by Botticelli, which you will also find in the Uffizi Art Gallery. 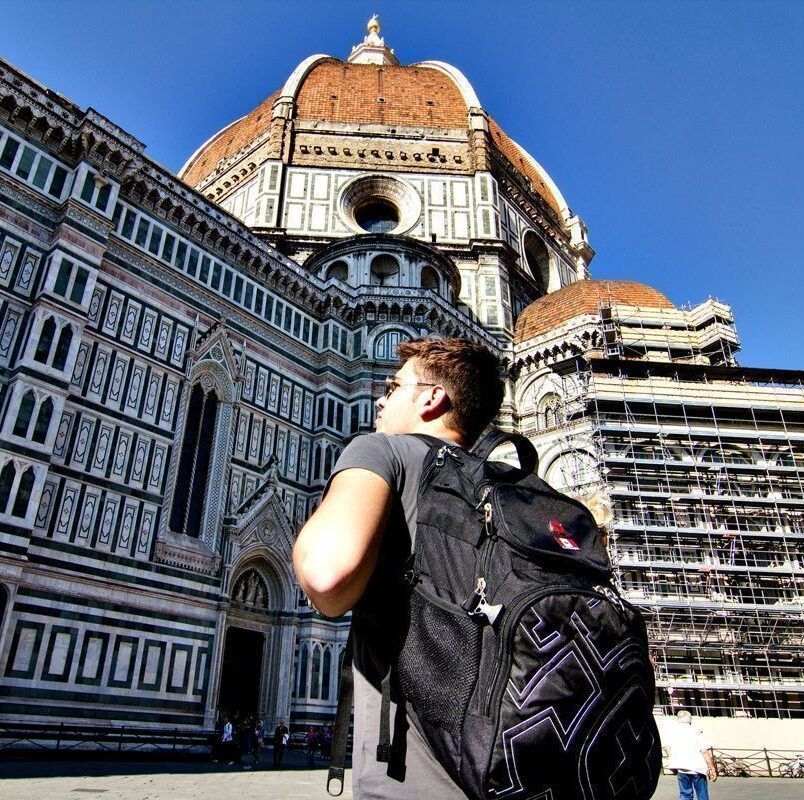 Literature as an art in Florence

Few know that it is often said that the Italian language was born in Florence, especially due to the influence of literary figures in the region from 1200 onwards. But you must know of the man who is considered the great master of the Italian language: Dante Alighieri. He was the proudest of all Florentines, who, following the ‘Dolce stil nuovo’ literary movement, created one of the most incredible literary works in the world – ‘The Divine Comedy’.

But he was not the only one to create the drive necessary to spread this Latin-based language all over the Boot of Italy. Other writers of the time played an important part, such as Boccaccio with his novel the ‘Decameron’, or Francesco Petrarch with the ‘Canzoniere’ poems.

It would be impossible to list all the geniuses of Florentine Arts in just one article. Many eminent figures were born in this city, like political expert and philosopher Nicolas Machiavelli. His remains rest in the Basilica of Santa Croce (where Stendhal fainted), together with other extraordinary people like Vasari, Michelangelo, Lorenzo Ghiberti, Marconi and Gioacchino Rossini, and lots more besides, to be brief. Here at Unitrips we will return to the topic of Florence to introduce you to Paolo Ucello, Masaccio, Fray Filippo Lippi, Andrea Mantegna, Benozzo Gozzoli, Domenico Ghirlandaio, Benvenuto Cellini, Arnolfo di Cambio, Taddeo Gaddi, Andrea del Castagno…the list goes on.

As you can see, Florence is a city full of palaces, churches, basilicas, museums and much more. If you’re curious and eager to see just about everything – and if you like to walk a lot! – our advice is to get a ‘Firenze Card’. For €72 you can go freely into most museums, historic buildings and art galleries in the city for 72 hours. And importantly, it will allow you to use public transport for free. Otherwise, you can sign up for our Tour around Europe. 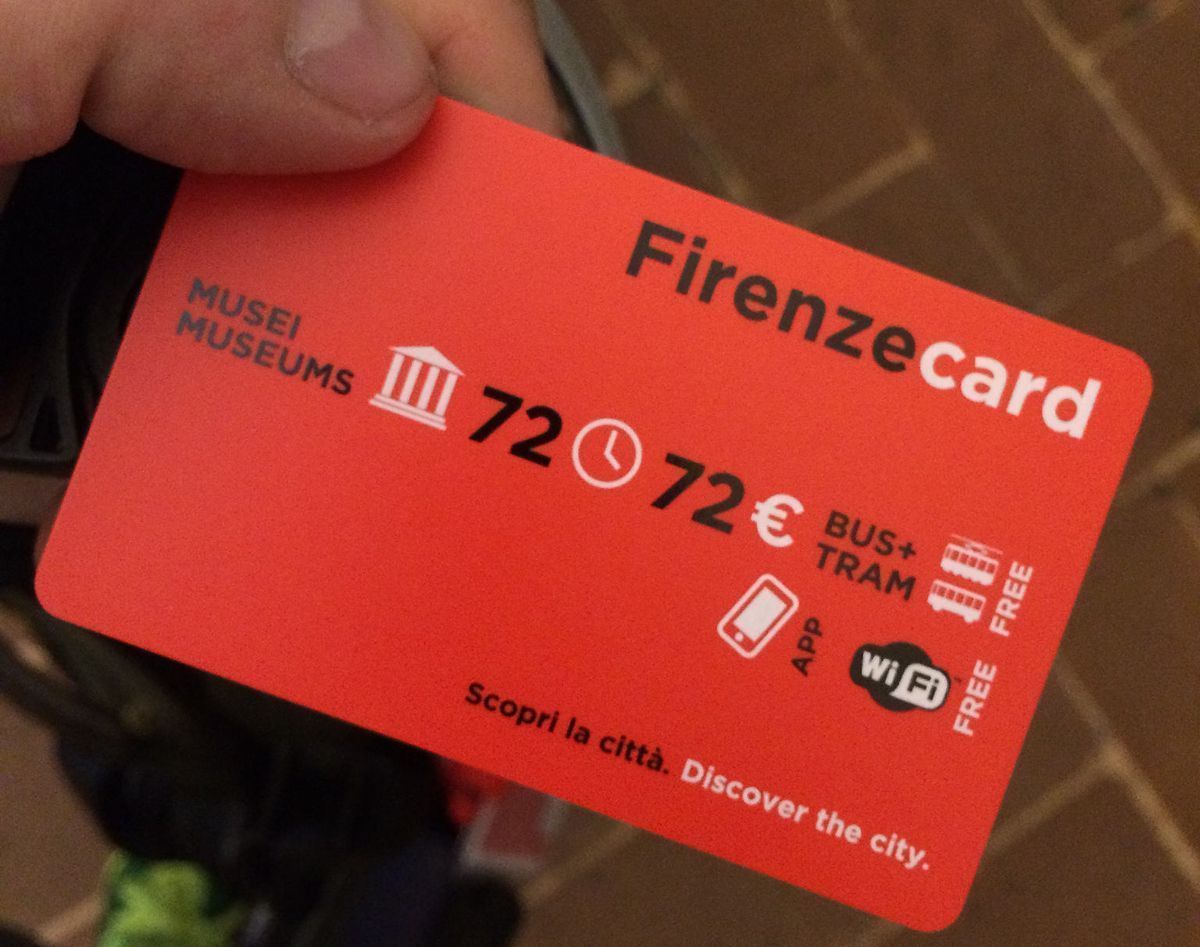