Salamanca is a city aimed at young people. If you are between the ages of 18 and 30 years old and you aren’t a big fan of the hustle and bustle of big cities, Erasmus in Salamanca is the place for you! Thanks to its unique ability to bring together two types of living, Erasmus in Salamanca offers a mixture of town and city life. So, if you are in doubt as to whether it is the right Erasmus destination for you and you need to clear a few things up, don’t give up on this article just yet as it will provide you with an insight into everything that Salamanca has to offer; what to see, where to stay, where to find the best of the local cuisine etc.

Declared a UNESCO World Heritage Site since 1988 and renowned for its monuments and University, which is the oldest in the country, Salamanca is a city that will impress you, no matter when you choose to visit.

The best known monuments are the University, the Cathedrals (both new and old) and the Main Square. Without forgetting the picturesque Casa de las Conchas (House of Shells) or la Clerecía.

It’s worth mentioning, with certain recognition, that studying in Salamanca means studying in one of the oldest universities in the Spanish-speaking world. The University was founded by Alfonso IX in 1218 and to this day, it preserves a beautifully cared for and sculpted façade. It was carved from stone as if it were the work of gold! It’s a great spectacle thanks to the beauty and variety of the décor and the attention to detail in the large amount of symbolism found on the walls. In particular, the infamous frog on the skull, which has become a symbol of Salamanca and a tourist attraction for those who visit the great doors of the University and drive themselves crazy over the search for the famous frog.According to its legend, the student who studies in Salamanca and finds the frog on the front of the University, will be extremely lucky and pass all of their exams. 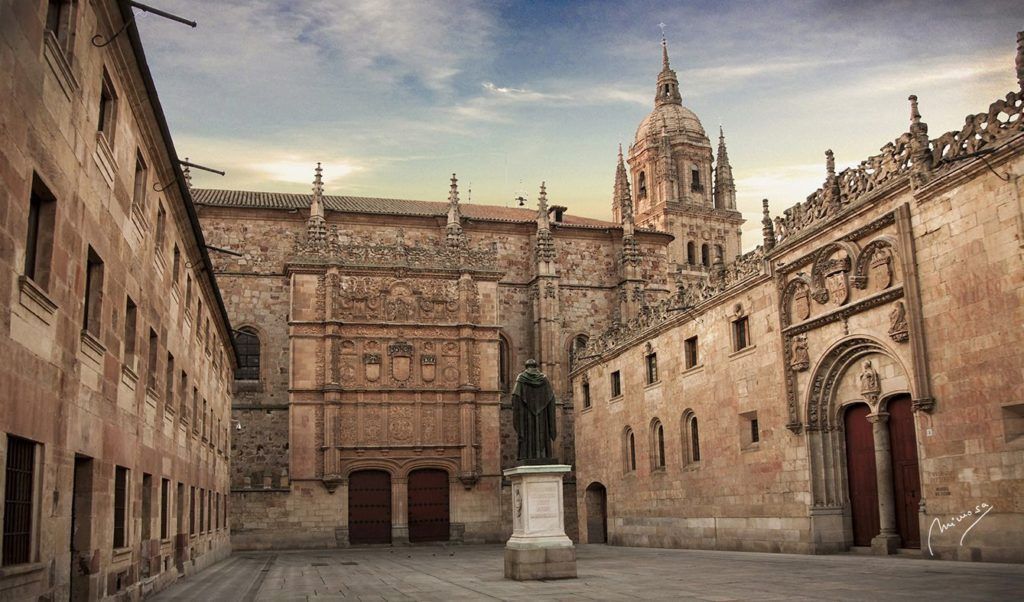 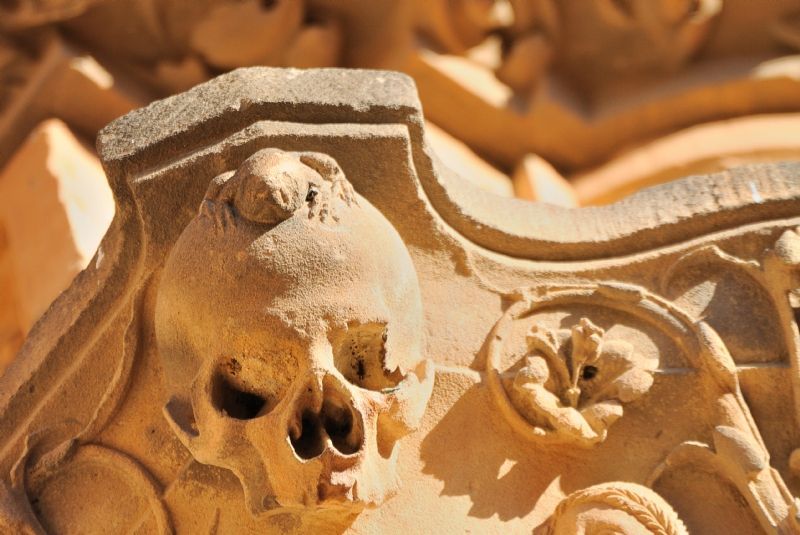 If you want to be a savvy spender on your year abroad, without compromising a great experience, then Salamanca is going to make your mouth water thanks to the cheap cost of living in the Salamanca centre, even in the busiest areas. Some of the most notable student neighbourhoods are the following:

This is the most touristy area and the best located too. The price per person for a shared apartment with two flat-mates reaches around 300-400 euros, the typical price for such a flat. This area offers all the necessities and enough space to live In. You can find the faculties on one side, with the exception of Fine Arts and Psychology, which in that case, perhaps the following area suits you better:

This is the place for those who study such degrees because there is a lot of accommodation available surrounding their faculties, however it is rather far from the centre. For this reason, many students prefer to exchange the close distance to the faculties for the vibrant markets and bars that are found in the centre. But, of course, this is a very personal decision.

This is the typical student area of Salamanca. Why? It is situated right next to the Unamuno campus where hundreds of students spend their days throughout the year. Rent only reaches around 200-300 euros and it’s a completely university environment.

Situated in the outskirts of the city, it’s considered the “dodgiest” area in Salamanca. Perhaps it’s merely gossip or maybe the reality is that it’s not quite as peaceful as living in a more central area. Nonetheless, many students opt for this area as it’s the cheapest in the city, with rent per person costing around 150 euros.

Every traditional city has its typical dish and Salamanca is no exception. Whilst highlighting its cuisine, we must discuss the hornazo. It involves a greased doughy bread which resembles an empanada full of cold meats, mainly: loin, ham, chorizo etc. Definitely a treat for the hungry student

But if you’re new to Spain, you mustn’t stick to Salamanca cuisine! Don’t forget that our country is recognized for following the Mediterranean diet, which is considered one of the healthiest and heartiest in the world. It’s also extremely varied, so don’t forget to try some of the homemade dishes too. Some places where you can taste the best quality dishes are:

End the year with us, ahead of time!

Before finishing your Erasmus in Salamanca, in case you leave during the Christmas festivities, don’t forget to spend your University New Year’s Eve here in Salamanca. It’s the most famous festival of the Spanish university calendar. It’s celebrated a week before New Year and it attracts young people and students from all corners of the country. The party which takes place is like no other and if you are a university student, you are not going to want to miss it. The place chosen for the event is the main square of the city, where, at midnight, the crowd gathers to eat 12 Fruit Pastilles, instead of the traditional lucky grapes. 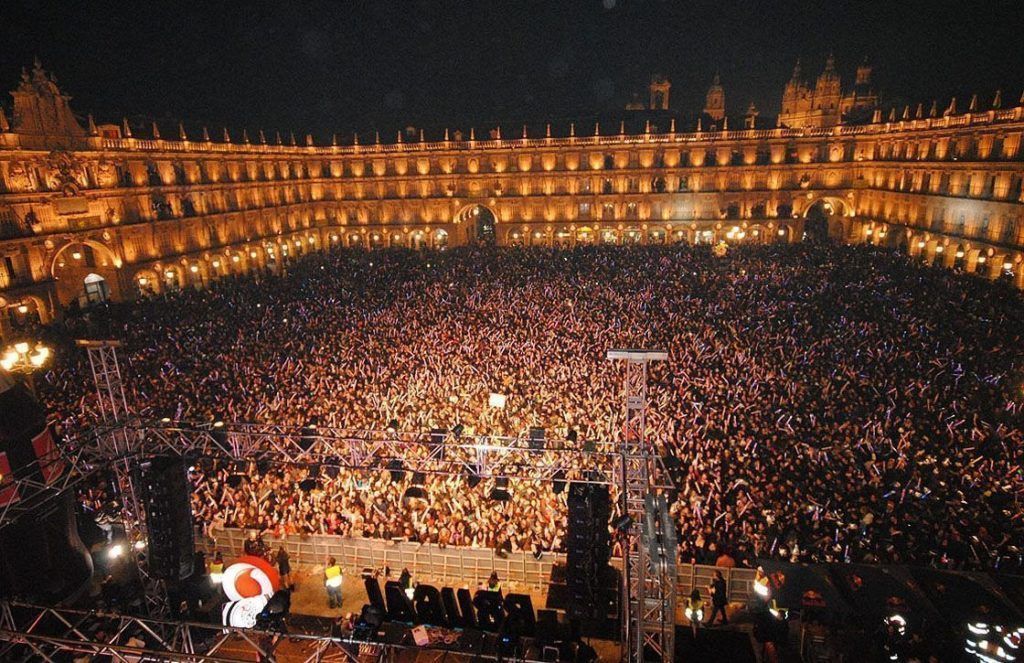 Viva Salamanca! You won’t regret it! Do your Erasmus in Salamanca!