The Best Erasmus Guide to Budapest

Budapest has made the most impressive comeback out of all of the cities in Europe in recent years. Tourists fall in love with this city of incredible contrasts and its young atmosphere. Budapest is presumed to be the capital of Hungary and its situated in the centre of Europe, meaning it is in a great position for communication and fluid movement with other cities in Europe. Discover Budapest before your year abroad here with Unitrips.

Even better, it is a cheap, comfortable, well communicated and safe city… all anyone dreams about when choosing a destination for a city break! All of these characteristics therefore come together to create the perfect location not only for tourists, but also for Erasmus students. Discover the best guide to Erasmus in Budapest here.

What to see on your Erasmus in Budapest

In Budapest, the biggest universities are, almost all, located in the centre of the city. As a result the centre is full of students which of course gives this city a very young and trendy atmosphere, ideal for all Erasmus students in Budapest. For this reason, if you are wondering where to live, we would always say the centre!

In terms of money, the minimum amount you need to live is 100 florines, which is equivalent to 300 euros. Renting an individual room, with bills included, tends to be around 150 euros a month, A LOT less than what you would pay in Spain! That’s why we recommend doing your Erasmus in Budapest! During the day, Budapest is a place to study, try new, very interesting things, with access to many different languages and, of course, incredible food!

During the evening, Budapest transforms into an amusement park: lights, music and people have a great time everywhere tends to be the norm.

In terms of transport, it is also very accessible. If you are a student you can buy a monthly card for every type of transport for a very VERY reasonable price… only 12 euros! If you are someone who likes to save money, student halls are much cheaper then renting a flat or room in a flat.

Where to go out on your Erasmus in Budapest

Budapest has one of the best nightlifes in Europe and you can discover it all on your year abroad. The bars open early, because in Budapest they tend to eat quite early, so at about 19.30h there are always people drinking in bars. What’s more the majority of the bars and clubs are open every day of the week. The best places to go include: Instant, Conrvintetto, Morrison;s, Play Club, Dokk Cafe, Simple and Rio. Trust us… you won’t be disappointed.

According to Lonely Planet, two of the three best pubs in the world are in Budapest, the 1st is A38 (a club and bar on a boat that is situated on the banks of the Danube) and the 2nd is Simple Kert (a ruin bar that is an entire building, full of weird and wonderful decorations).

Some of the other famous bars in Budapest are Instant and Morrison’s (which you can get into for 1.80€ on a Monday). Then you should visit the many clubs on the island go Obuda… there is so much to choose from! We hope you enjoyed our guide to Erasmus in Budapest and have the best year ever!! Discover more about Budapest here. If there is anything else you need to know about this incredible city.. you can consult this page.

I absolutely love your blog and find the majority of your post’s to be exactly I’m looking for.
Do you offer guest writers to write content to suit your needs?

I wouldn’t mind composing a post or elaborating on a few of the subjects you write in relation to here.

Here is my page; Lawerence

You really make it seem so easy with your presentation but
I find this matter to be really something that I think I would never understand.
It seems too complex and very broad for me. I am looking
forward for your next post, I will try to get the hang of it!

Your way of describing everything in this piece of writing is actually fastidious, every one can easily be aware of it, Thanks a
lot.

Thanks for every other informative website. Where else may I get that type of information written in such a perfect manner?

I have a venture that I’m just now working on, and
I’ve been on the look out for such info.

I will right away grasp your rss feed as I can not
in finding your email subscription hyperlink or newsletter service.
Do you’ve any? Please allow me understand in order
that I may subscribe. Thanks.

Glad to be one of several visitants on this awesome website :D.

continuously i used to read smaller articles or reviews which as well clear their motive, and that is
also happening with this paragraph which I am reading at this place.

Hello, i feel that i noticed you visited my weblog thus i
got here to go back the prefer?.I’m trying
to to find things to improve my website!I assume its ok to
use some of your concepts!! 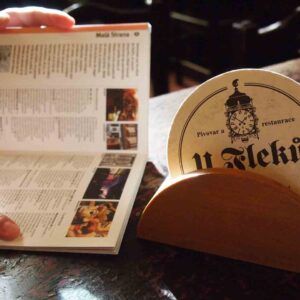 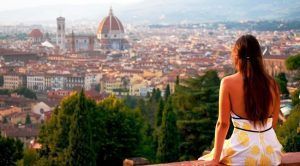 What to do in Tuscany