The Best Erasmus Guide to Bilbao

Bilbao has so much to offer as a tourist destination that you could never get bored: culture, museums, architecture, gastronomy…but what makes it a great Erasmus destination?

If you come to do your Erasmus in Bilbao as an exchange student, there is a partner organization of ours that we recommend you get to know; find it here. They can help you out with everything you need in terms of your exchange in the city.

It might seem strange to you, but the Basque county is a great place to live despite its weather and any rumours of danger. Many students choose Bilbao as their destination for Erasmus, and these are the reasons:

A City of High Architecture

When living in Bilbao, one of the “must-sees” of the city, and its principal attraction, is undoubtedly the Guggenheim Museum. Its presence in the city makes it an ideal destination for architecture students. Designed by the famous architect Frank Gehry, the museum opened its doors to the public in 1997 and since then has been acclaimed by the public and critics; becoming one of the most important contemporary architectural structures in the world. 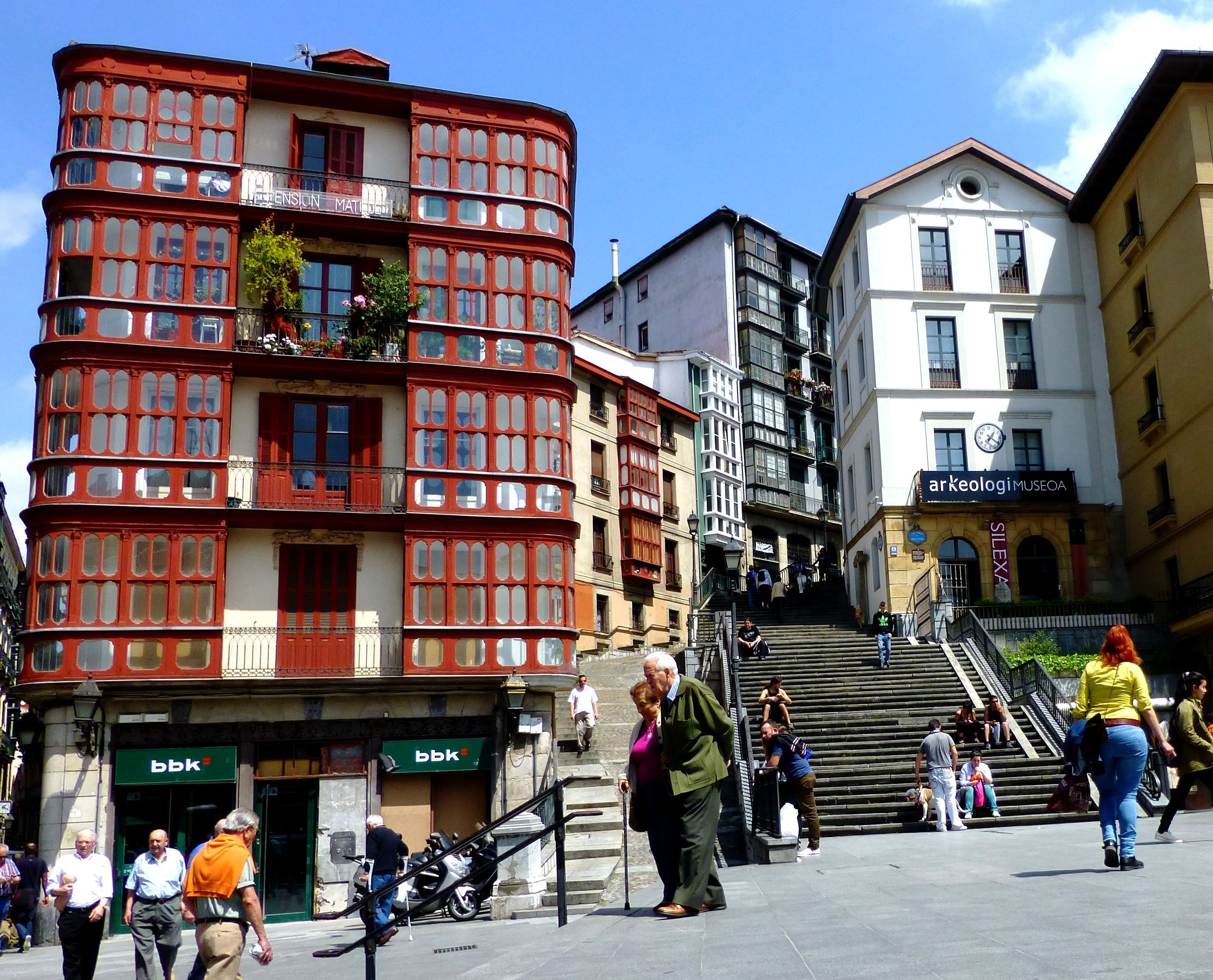 Where to go out in Bilbao

The 7 streets of Bilbao are situated next to the “Old Bilbao”, one of the more traditional areas to go out partying in the city. These are the busiest places during the day and it isn’t a surprise, since they are some of the best to practise the traditional pintxo-pote of Bilbao

One of the treasures of Basque gastronomy, particularly San Sebastian, are the famous pintxos – you HAVE to try them on your Erasmus in Bilbao.

However in Bilbao much meat is also eaten, combined with other typical Basque products, for example Idiazabal cheese, which is exclusive to the Basque Country. Due to the cold climate, and like in many northern cities, it is very common to serve “spoon dishes”, such as red beans with black pudding, white beans with air-dried peppers, rice with baby squid, cabbages with potatoes, and black potatoes.