Today we are travelling to Germany and grt excited because we are going to get to chance to pass through the great rooms, myths and truths of one of the most photographed buildings in Europe. Brace yourselves for Neuschwanstein Castle and discover the story of the Mad King. Travel back in time to the building which inspired Walt Disney himself! 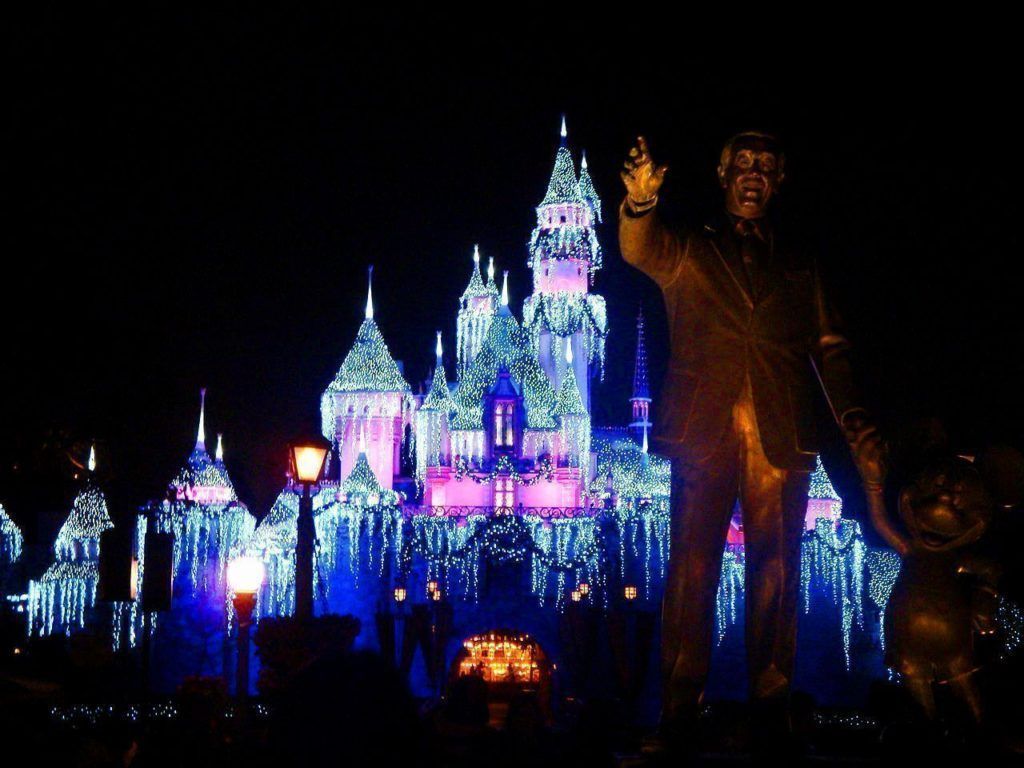 Yes, it’s true that the castle which that was a massive part of our childhoods as, without fail, it is at the start of every Disney film in history, is in reality the product of the delirium of the Mad King, Ludwig II of Bavaria.

Sleeping Beauty and the rest of the Disney princess court owe their home to the German monarch. It is said that when Walt Disney saw Neuschwanstein Castle inspiration struck for the King Midas of animation and now it can be found in every child’s imagination.

You are not going to believe that Ludwig II had more projects besides Neuschwanstein! The Mad King was mad for, well, castles! Obviously, they did not have Lego bricks back then for him to play with, therefore he had to make his own fun.

Being restricted from a young age by his parent’s strict and autocratic education, it is said that he developed a bucolic and fantastical personality and became a sort of Walter Mitty of castles.

Ludwig II chose to overlook being ruler, including all things to do with wars, politics, and his subjects in order to live in his own fantasy world, where castles played the most important role. Most notably Neuschwanstein, which became his favourite. Discover the Mad King’s Castle with us next summer. 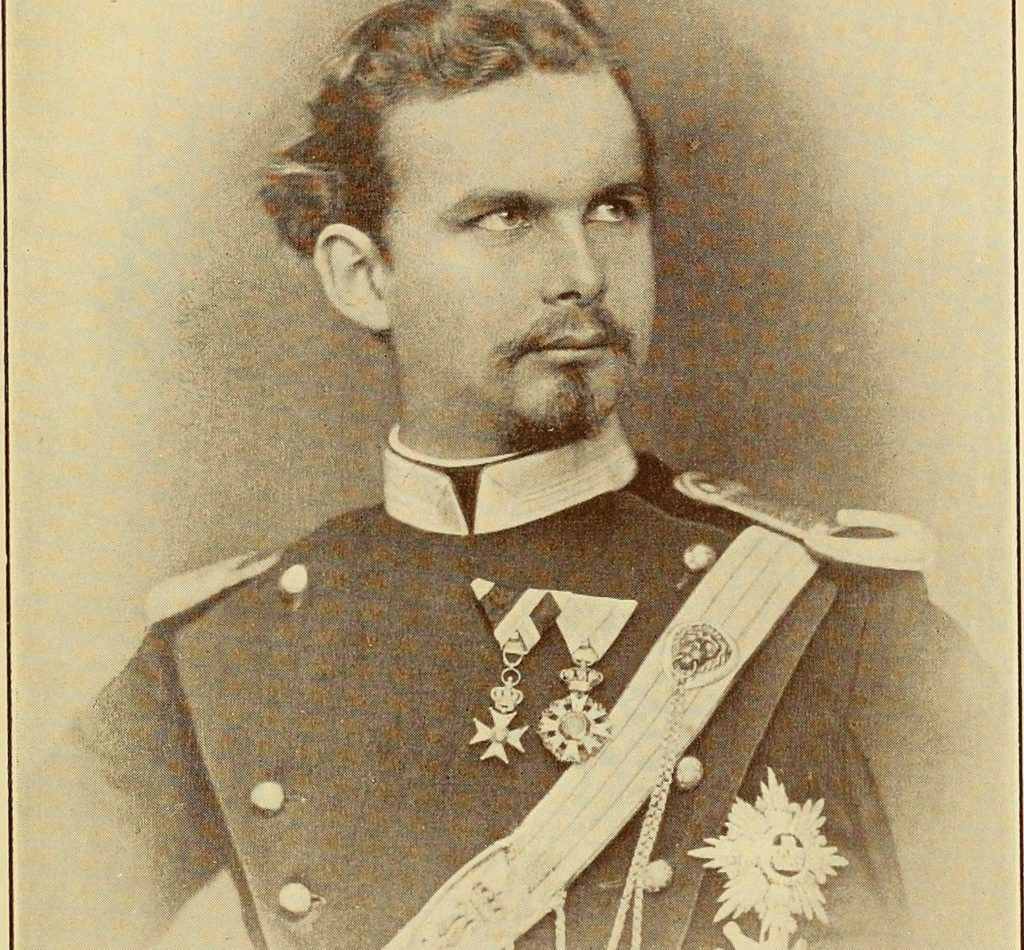 From a young age the future king preferred to live in an alternate reality due to the strict upbringing both he and his brother, Otto, received. Throughout his life, he liked to play dress up and pretend that life was a continuous farce.

In this idealistic world, Neuschwanstein castle became the perfect stage and his theatricalism came down to the very last detail since scenographer, Christian Jank, was commissioned for the project.

Right from its beginning, the architects had their work cut out for them because Ludwig II altered plans for the castle time and time again, as for him, his fabulous castle was just a game. 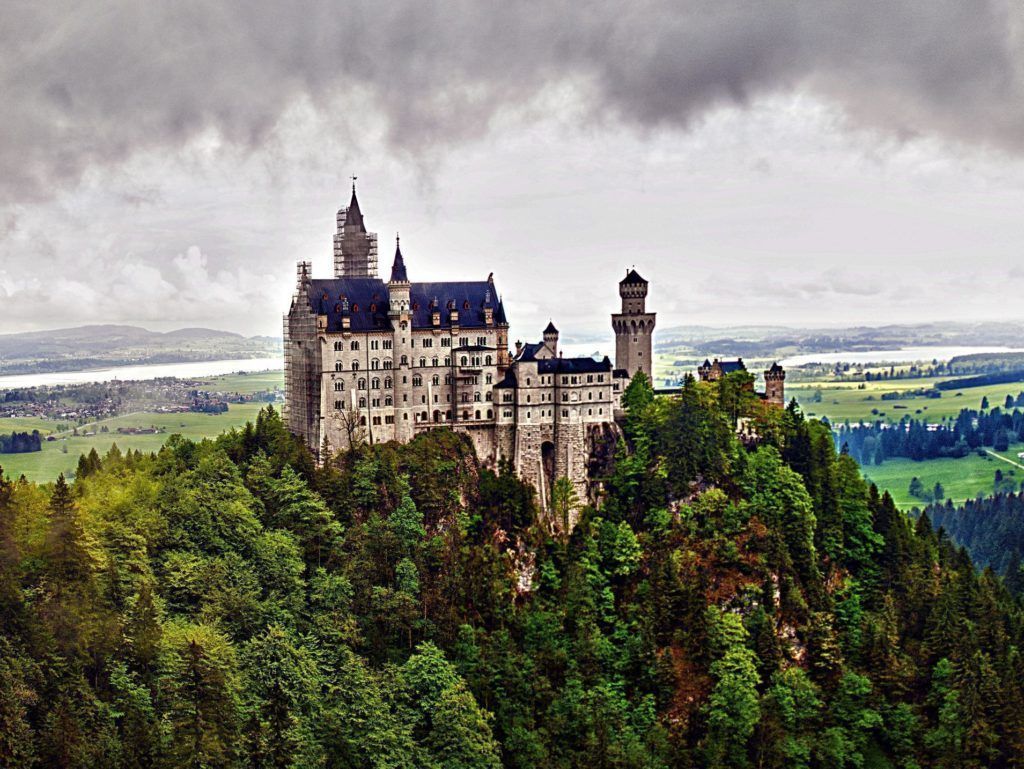 Contrary to what it may seem and to what many of his contemporaries believed, Ludwig’s toys did not cost a penny to the German State. The king decided to squander his own fortune on his insane project and when he had no more money he buried himself further and further into debt which left him completely ruined.

His debts became so great that the German State incapacitated him and seized all the Mad King’s assets. The creditors tried to remove the king from Neuschwanstein Castle, to where he had retreated before works were finished, but the angry Ludwig refused to abandon his efforts, even though he ended up being kept in another castle.

The truth is that by the time he died, Ludwig II had only managed to live in Neuschwanstein castle for little more than 170 days.

Despite having ordered that no one from outside the castle shall enter the grounds, very soon after his death Neuschwanstein Castle was opened to the public and the admission fees helped towards paying off the Mad King’s debts. To this day, almost 1.5 million people visit Ludwig’s castle each year and is one of Germany’s most visited destinations.

No one can deny the rare beauty of the Mad King’s palace and Neuschwanstein maintained its peculiarity throughout. It’s obvious that the majority of the large rooms are for show since Ludwig never intended to build a court residence to receive visitors.

This is the case with the Lady’s Room, inspired by one of Richard Wagner’s works, who was the musical idol and close friend of the Mad King. Ludwig dedicated himself to turning his musical imagination into a reality which resulted in a theatrical production that had no use in the real world.

This was Ludwig’s intention, as for him, his castles were inspired by typical romanticism and the tales of his childhood, focusing on an instruction book for the perfect medieval knight.

The result was an eclectic construction, which mixed together a range of styles from Classical, to Byzantine, to Baroque, to the first glimmers of early Modernism. What’s certain, is that today Neuschwanstein Castle is an example of architectural history.

Only a small handful of rooms are ready to accommodate guests. However, the spacious complex was used on more than one occasion for very different means of which Ludwig had anticipated.

During the Second World War, the Nazis used the palace to keep works of art which had been stolen during their bloody rule. Also, their famous gold reserves were apparently kept there.

As Munich had been left ruined after the war, the Mad King’s Castle was used for archiving enormous quantities of documents which no longer had a home after the destruction of the city. 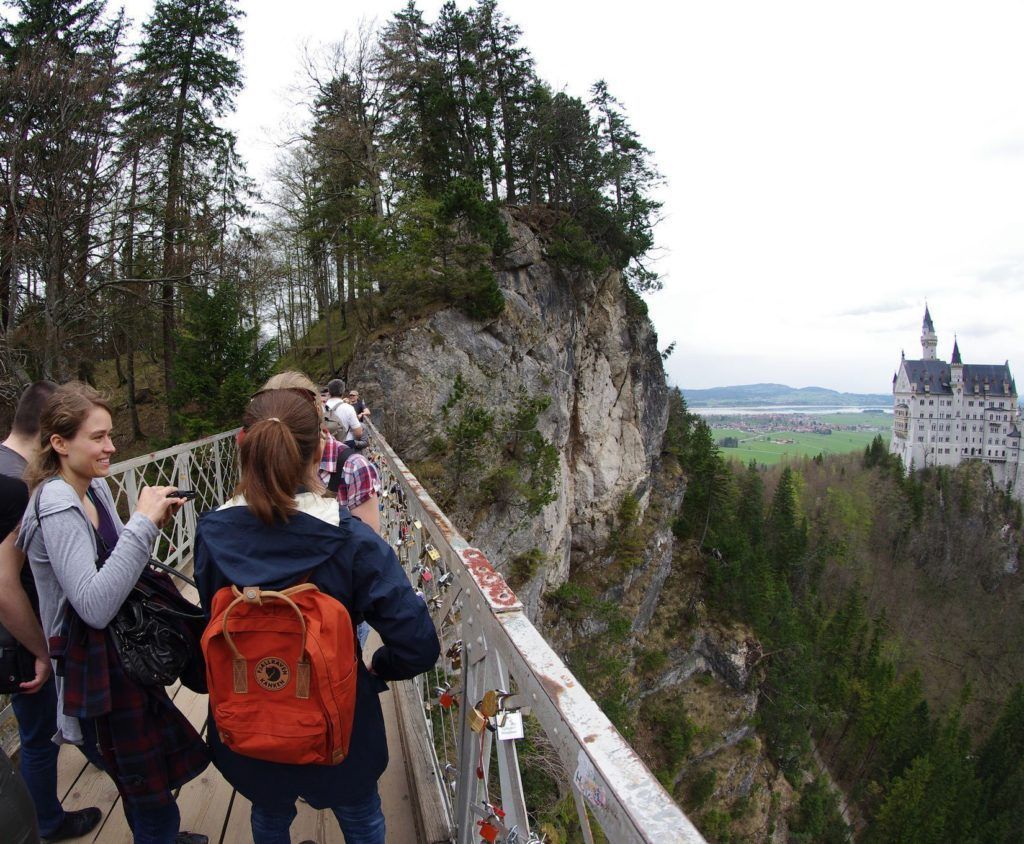 The Eighth Wonder of the World

In 2007, the product of Ludwig II’s passion was nominated to be one of the Seven Wonders of the World. However, Neuschwanstein Castle remained firmly in eighth place.

With that said, it’s worth mentioning that the castle has inspired more than one, from Walt Disney who used it as inspiration for Sleeping Beauty’s castle, to Andy Warhol who reproduced the castle in one of his lithographs.

It has appeared in film, TV series, anime sagas, on all kinds of postage stamps, on currency and even in the bonus level of a popular computer game. You’ll soon realise that on your trip around Europe and Germany you can’t miss out on a selfie with the Mad King’s Castle in the background. 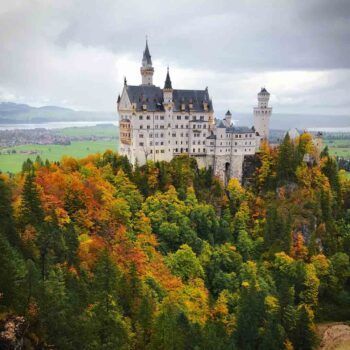 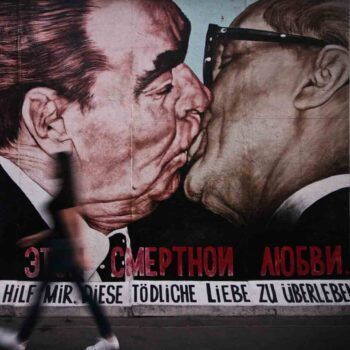 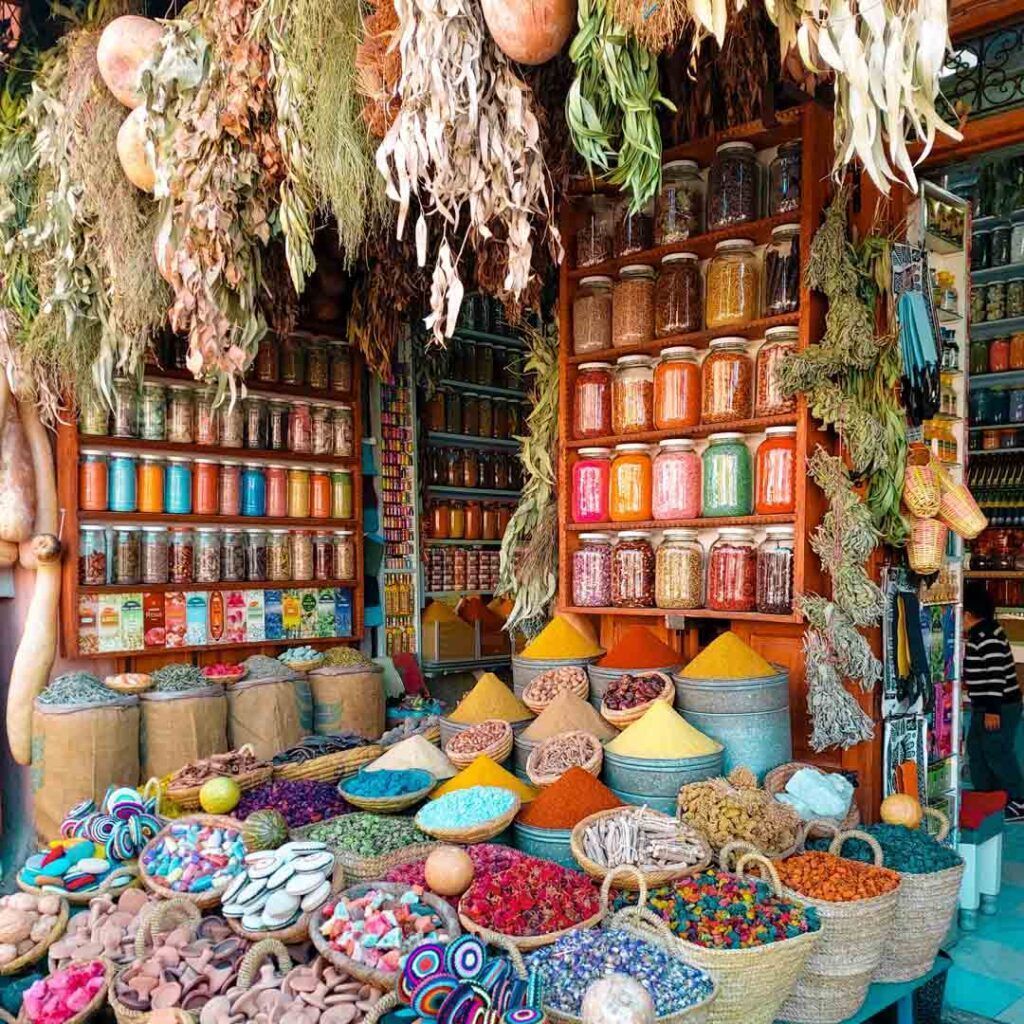 The Art of Negotiating in Morocco 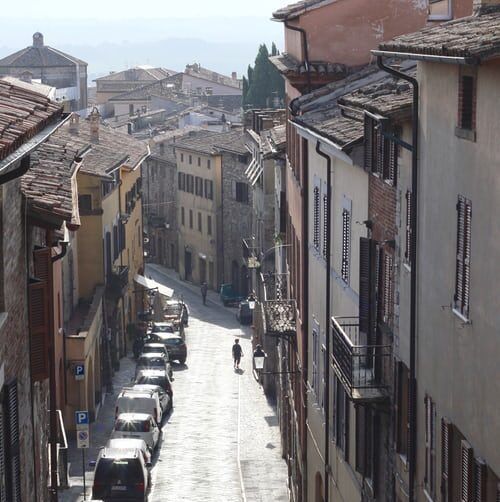 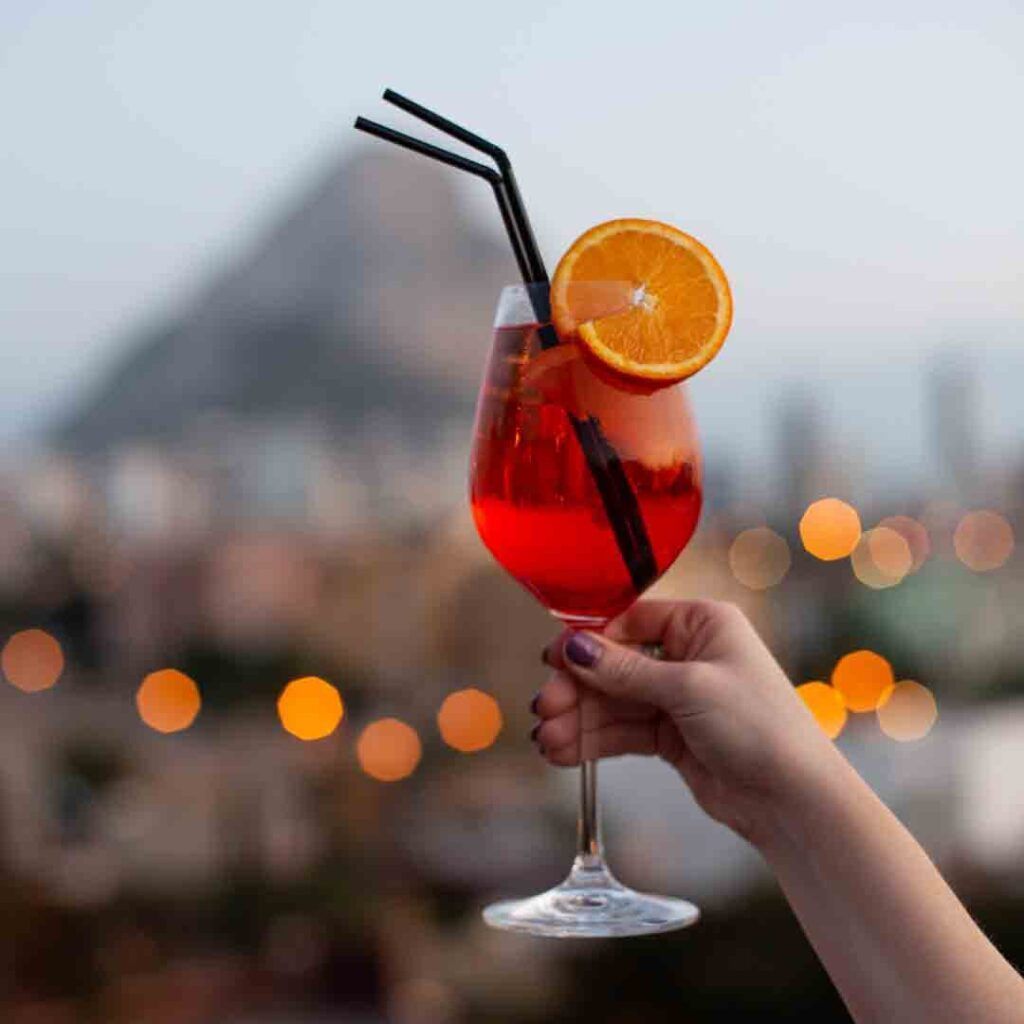 Spritz: The Story of a Cult Cocktail