The Sahara is one of the most vast deserts in the world. What we mean is there are few places in the world that meet the conditions needed to be a desert as thoroughly as the Sahara. Extreme temperatures, the lack of any material goods and heading into the middle of nowhere are factors which you have to bear in mind before going on a tourist expedition to the Saharan desert. Do you need some recommendations before departing? Have a look at the following ten pieces of advice.

Visiting the desert isn’t city tourism, nor is it like heading out to the countryside. The Sahara is a place which has high temperatures during the day and low temperatures during the night. That is to say that sweating can help cause dehydration and sunstroke. To avoid this make sure you wear lightweight clothing, which is loose and comfortable. Also don’t forget to cover the parts of your body which are most in danger of being exposed to the sun, such as your head. Finally, wear light-coloured clothing because it doesn’t absorb as much heat as dark-coloured clothing. 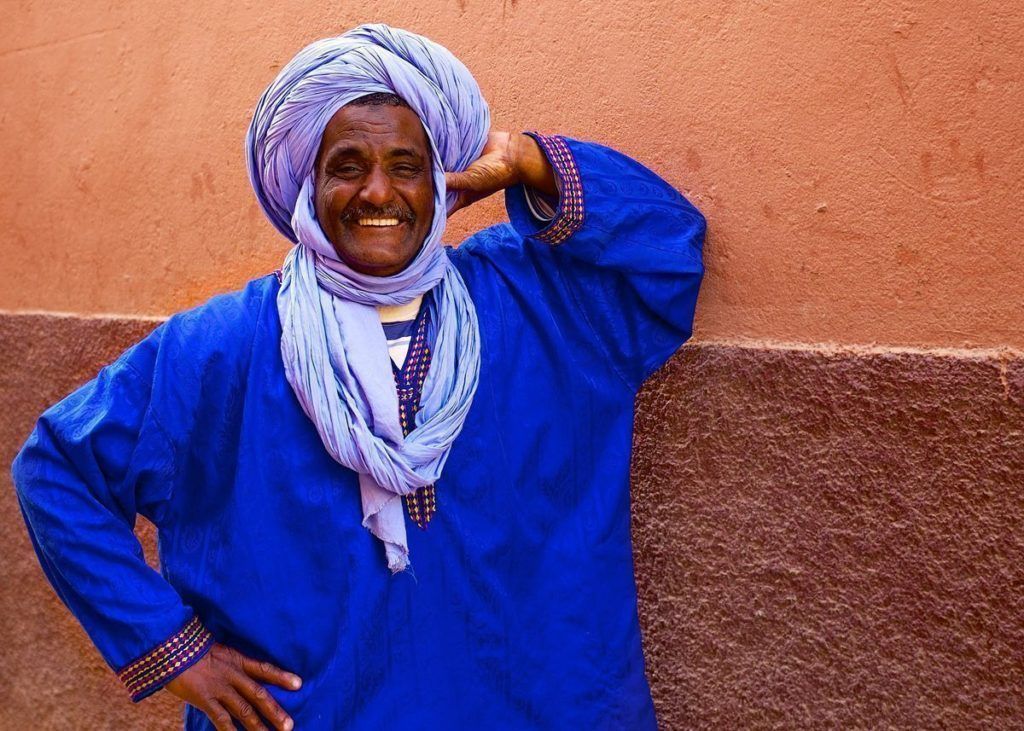 Even if you’re the type of person that doesn’t drink that much, you need to do so in the desert. The problem isn’t thirst but more water loss from the body through sweating. It’s advisable to take spare bottles of water in the car or bus in which you’re travelling so that you can depend on them if you need to.

3. Look after your fellow travellers

And in turn they will look after you. Finding your feet in a new environment in a group brings an advantage in that you can help each other when it’s necessary. If someone doesn’t have some specific item they need, they can borrow it from a friend. If someone needs support to be able to carry on walking, the strongest person can help the person who needs it. That’s why it’s important to trust the people who you are finding your feet with in a place like the desert. 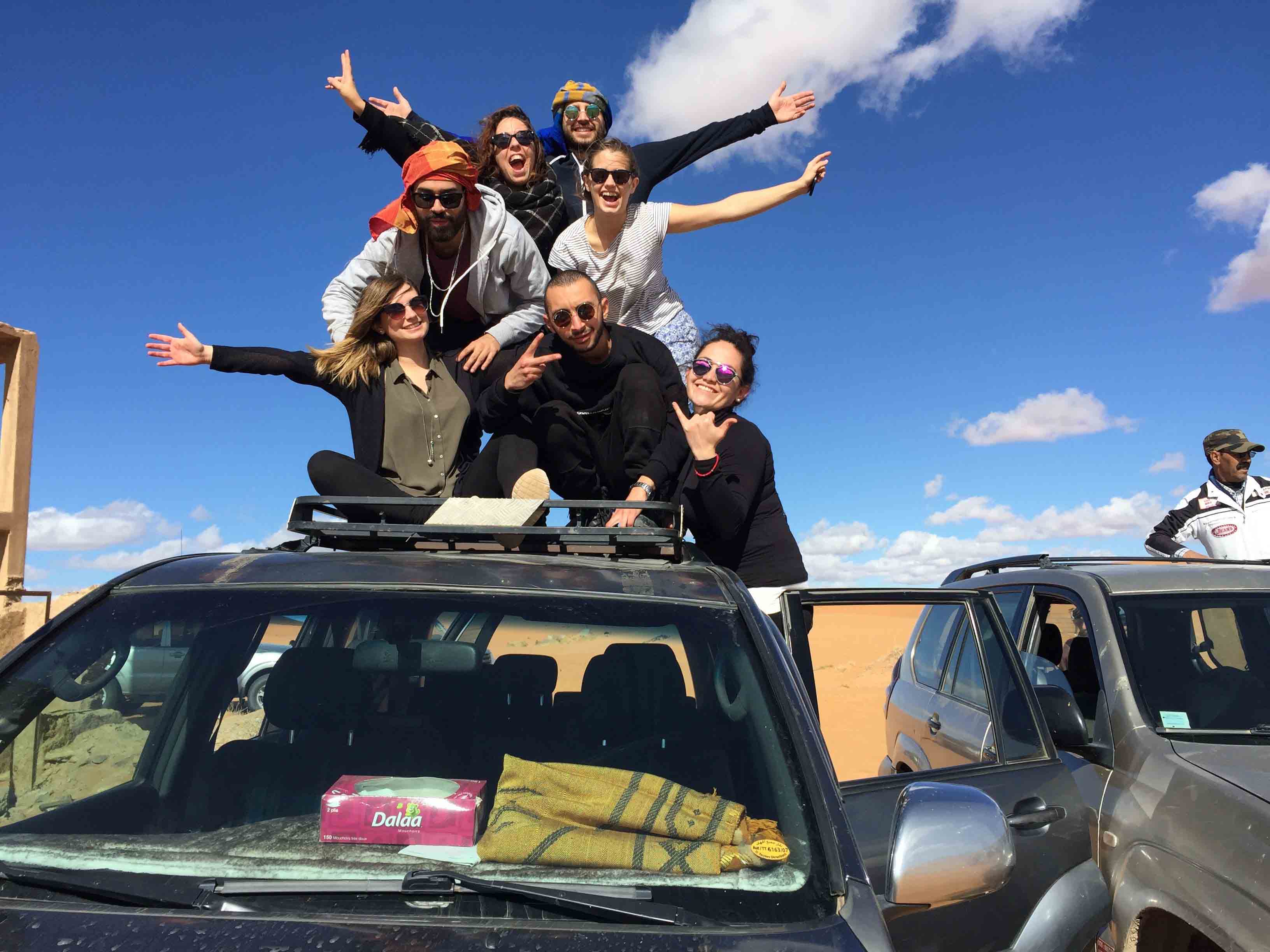 4. Make sure you bring a survival kit

A survival kit consists of items as basic as rope, a knife, a compass, a lighter, a first-aid kit, an insulated blanket and a torch. These items can go unused in the city, but when you find yourself in the middle of a desert, dying of hunger, under a blazing sun at over 30 degrees celcius and unable to seek refuge under a parasol… nothing else you brought will be of as much use.

5. Some cacti are poisonous

In fact the majority of cacti are. Many tourists are curious about trying cactus fruit and getting close. You can do the former without too much risk, but before doing the latter you should bear in mind that cacti often scatter poisonous spines in their surroundings, which can get into your skin and cause infections. You should be wary of them, in spite of the fact that they seem so irresistibly attractive to us! (Unless you’re from the Canaries, in which case you’ll be fed up with them) 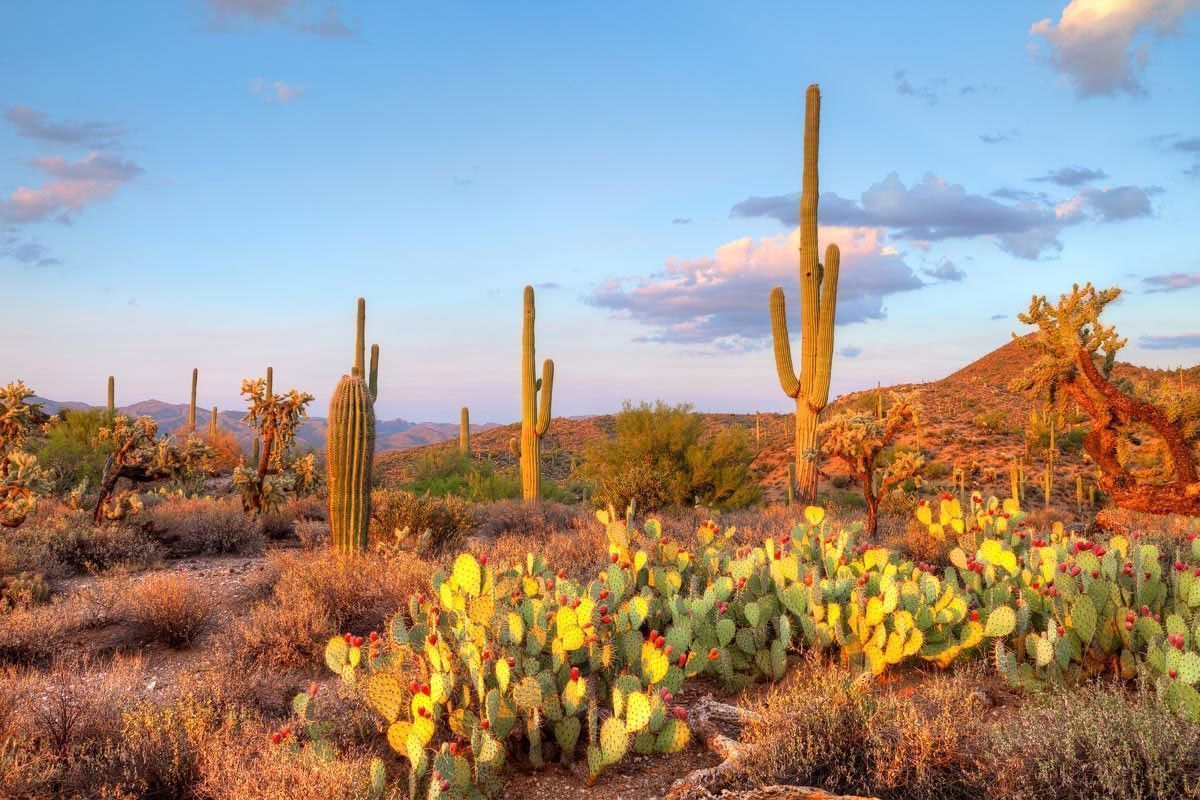 What is most recommended for walking in the desert is wearing shoes which protect your ankles and have enough space on the inside. A pair of trainers will do if they are good ones. Also make sure your footwear isn’t too tight, as this will help reduce the loss of water from your body. Don’t risk buying footwear that will let sand in, will break or whose soles let in too much heat. .

Often in African villages, even in the most touristy in the Sahara, visitors often experience a major culture shock which makes them close themselves off to showing any tolerance towards what they are experiencing: something very different to life in the west. To avoid a lack of understanding of the native people, you need to be open-minded and think about the comforts which we have in Europe that you will not find in the Sahara. Remember that the political situation is not as accommodating for native people as ours is. Sometimes changing your way of looking at things on holiday is the best thing to do.

Entry to West Sahara is as controlled as anywhere else. No tourist without a valid passport will be able to cross the border into the African country. 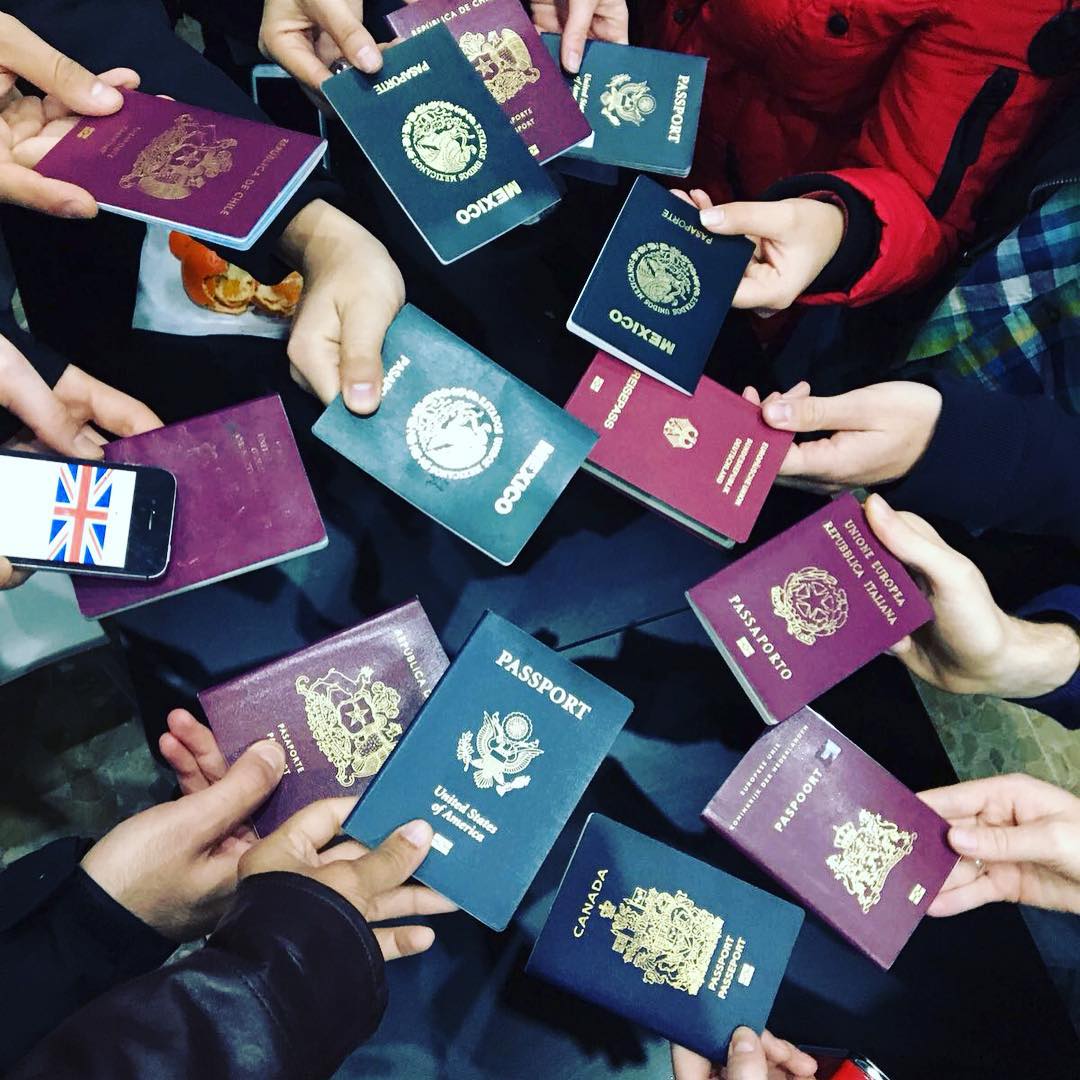 Camels will probably your animal transport when you journey through the Sahara. Take care of them and don’t upset their owners. If there’s something you don’t know about the animal and want to find out, ask before getting nervous when you’re sat on the camel. The consequence of not asking could be putting yourself at risk. 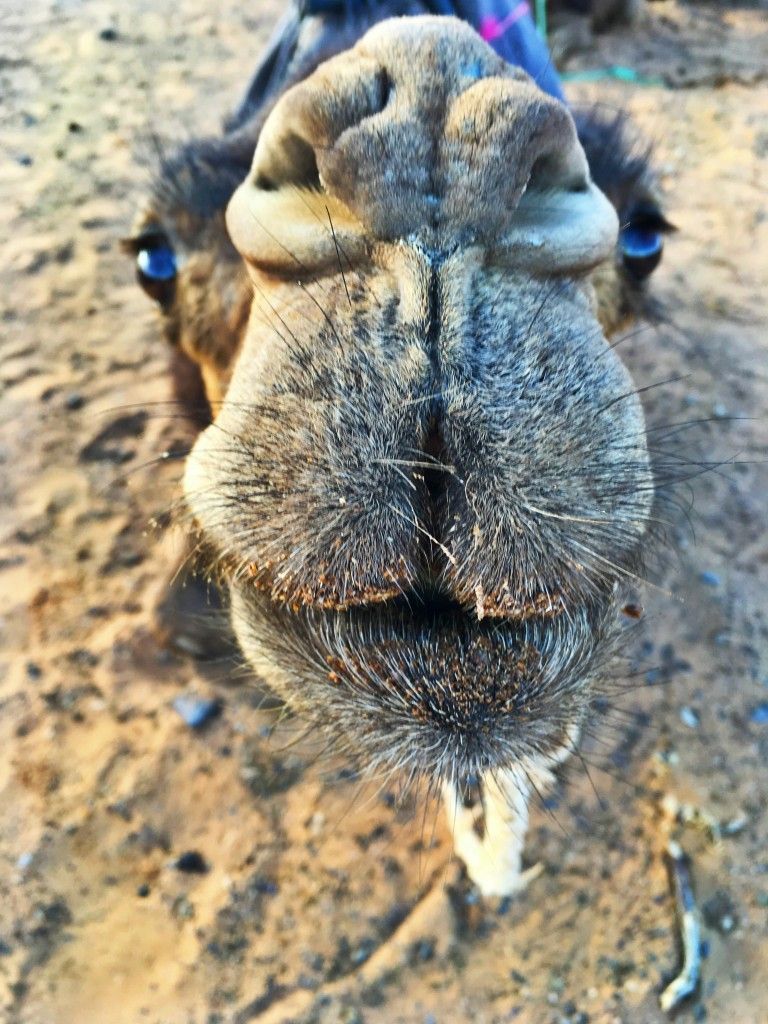 Feel part of the desert and travel to the One Thousand and One Nights tales whose characters were fooled by the magic of the desert, as well as the stories we tell children. In stories, in dreams, in legends… the wonders of the desert form part of our culture and there are few fortunate countries close enough to offer the possibility of enjoying it. So you know what you have to do. Go to the desert! Journey through the Sahara! You’ll enjoy it like nothing else. 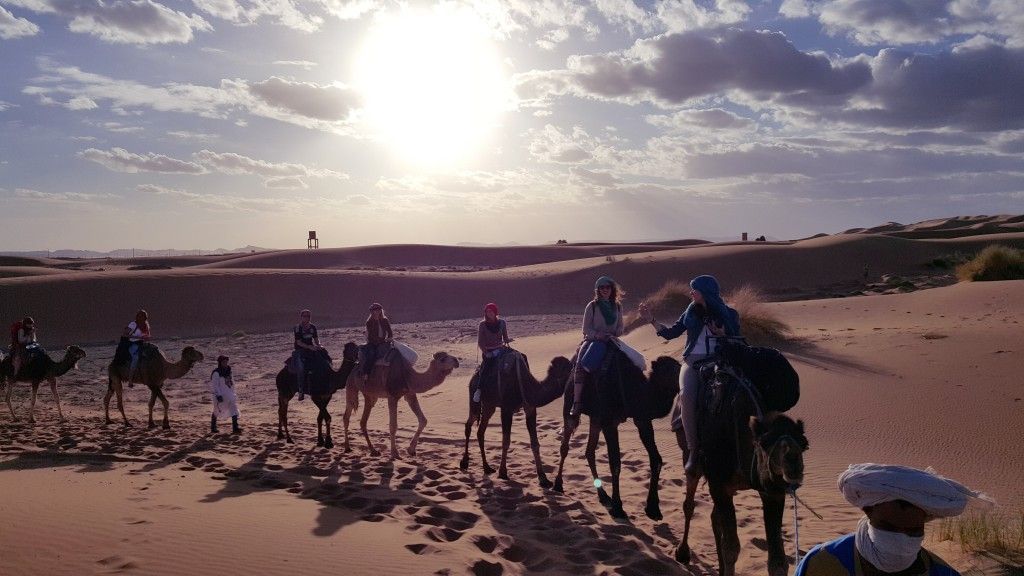 Find out about all the sights in Morocco on our Unitrips blog. If you’re inspired to go to Morocco, don’t hesitate! Choose one of our totally flexible tours that last from 2-9 days. 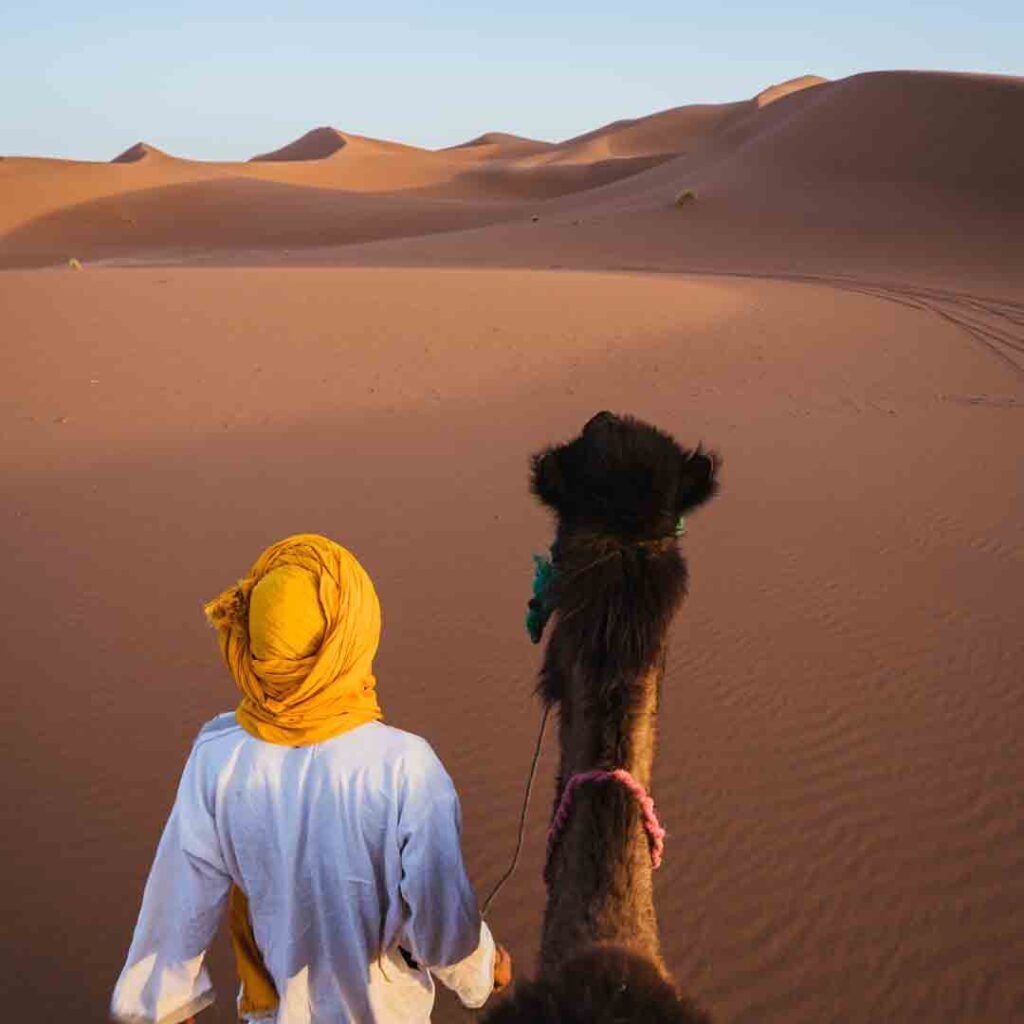 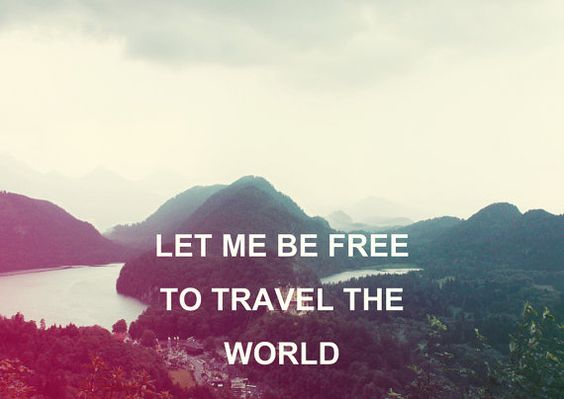 Are you a #traveladdict? 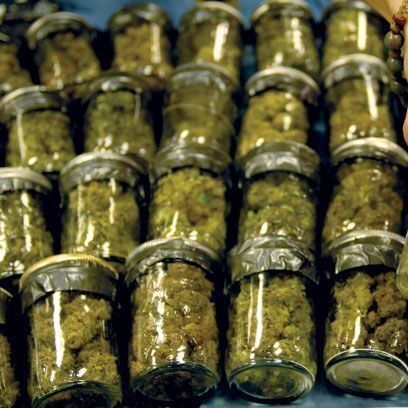 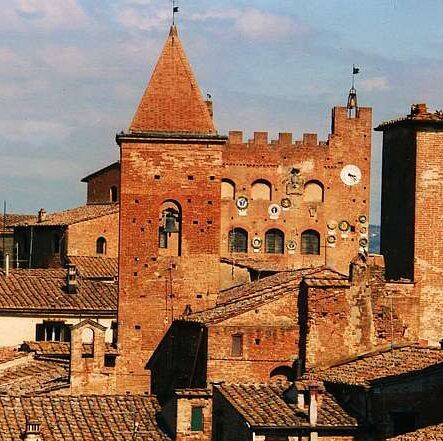 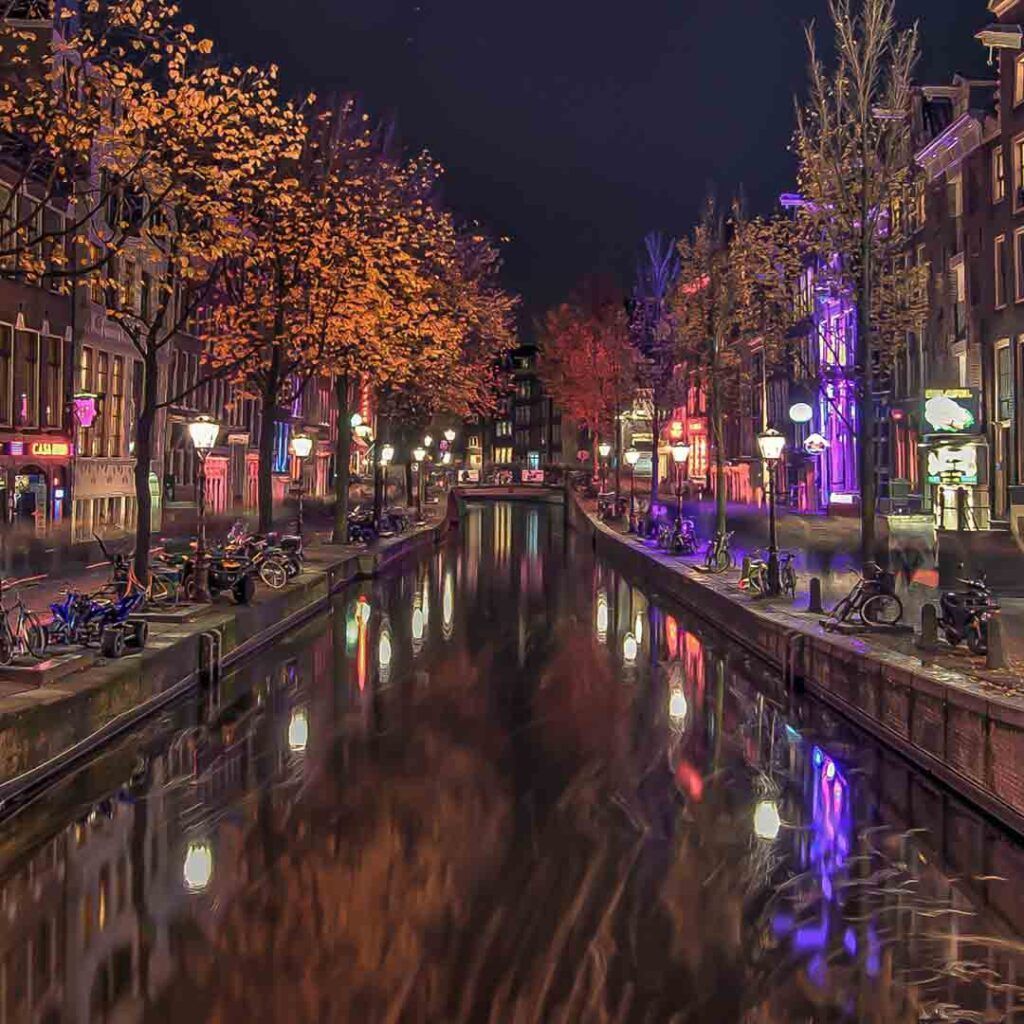