The Best Erasmus Guide to Seville

Seville is one the Erasmus cities known for excellence in Spain. The opportunities for students, the sun, its flair and the Andalusian entertainment are some of the factors that convince students from all over the world to opt for Seville as their number one destination for their year of madness and university studies abroad. Nonetheless, we know how difficult it is for someone that doesn’t know the city, to arrive and be bombarded  to the rhythm of flamenco by the local Seville people. So that this doesn’t happen, we are leaving you a series of tips that you must take into account if you have chosen to do you Erasmus in Seville. Take note!

Don’t be fooled by what people say, Seville forms part of the warmest region of Spain, but that doesn’t mean in Winter you won’t need a coat. The temperatures are moderate but they lower as far as 5 degrees at times, especially early in the morning from December to February. Some items of clothing to include are denim jackets, cardigans and lightweight shoes.

Depending on where your University department is or how close you want to be to the centre, rent prices will vary. However, it is a city in which the prices are not particularly expensive, we’re talking about finding single rooms from 170 euros, the cheapest, to 350 euros, the most expensive. And that’s nothing. On your Erasmus in Seville you can choose to live alone or in a flat-share, all of them are relatively cost efficient.

If your faculty belongs in the heart of the Reina Mercedes, it is ideal to live in that area for proximity and communication reasons. If your department is in the centre, it is recommendable to live in Alameda-Alfafa, as they are university areas with a fairly alternative atmosphere and are found close to the faculties. Another area to live in is Triana. Flats are cheap and it is in the middle of another important party neighbourhood “Calle Betis”. 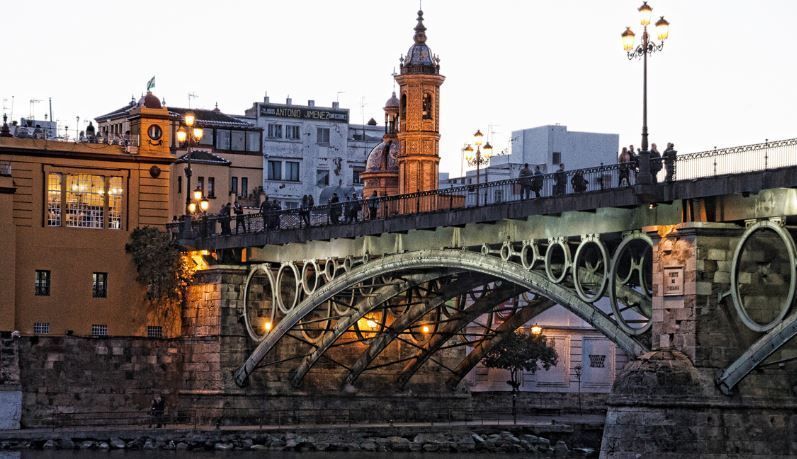 Work hard, party hard; there’s no other way as Seville offers an abundance of parties. Some of the areas visited most by the students are in the Alfafa-Alameda. It is made up of streets and a square filled with bars where you can drink beer, shots and mojitos at good prices. It’s a very ‘Erasmus’ area because of its attractive prices, as well as tending to have very good offers. Also, it is here that ‘botellón’ (street drinking) tends to happen.

Calle Betis: The most upper-class area of Seville to go out in on your Erasmus in Seville, and as such, is the number one spot for Americans, as it has bars such as Rio Latino and Elefunk. One of the favourites is Big Ben, a fairly international bar with cheap prices.

Nervión: Seville’s number one nightclub spot. The Erasmus students in Seville don’t tend to have problems getting in, but the prices are high-end which is why tickets tend to be sold in advance.

In the city you have large monuments like the famous ‘Giralda’ or ‘la Torre de Oro’ (The Golden Tower), as well as the ‘Alcázar’ and the Cathedral. If there’s one good thing about doing your Erasmus in Seville it’s the variety of styles that house its buildings, where the influence of cultures unite to offer you a very varied experience. And why not? What’s more, here in Seville, people live together from all parts of Spain, and don’t forget that inside this peninsula the mixture of cultural origins is enormous. Make the most of Andalucia’s gastronomic offering and enjoy tapas not just from Seville but from its surrounding areas too, Granada to Cordoba. The capitals of the Spain’s southern Community are very near and are definitely worth a visit. 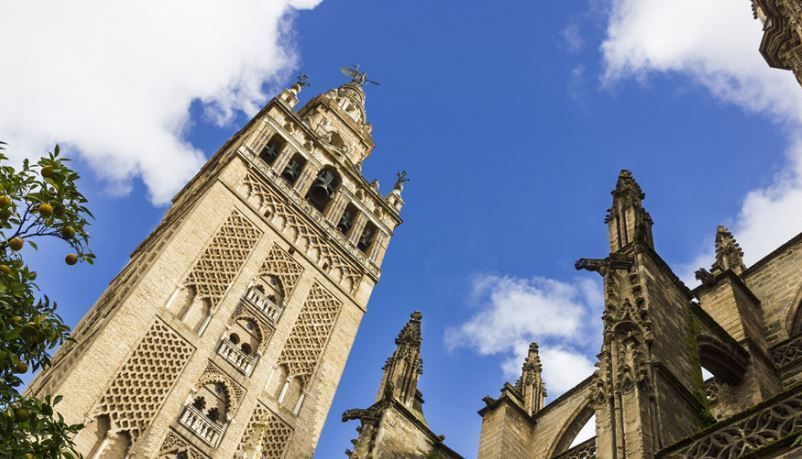 Seville’s most famous fiesta is ‘La Feria de Abril’, where the flamenco and the Sevillian and Andalucian traditions come alive and are visited by an enormous number of curious tourists and foreigners through this festival. Buses and trains arrive from all corners of Spain, and the A5, Andulucia’s motorway is filled with cars that are headed towards the party city in this month that rains cats and dogs as much as you get glorious sunshine.. If the latter happens, congratulations, but if you’re closer to the former, don’t worry! Remember that “la lluvia en Sevilla es una maravilla” (the rain in Seville is a miracle”). An absolute must when living in Seville. 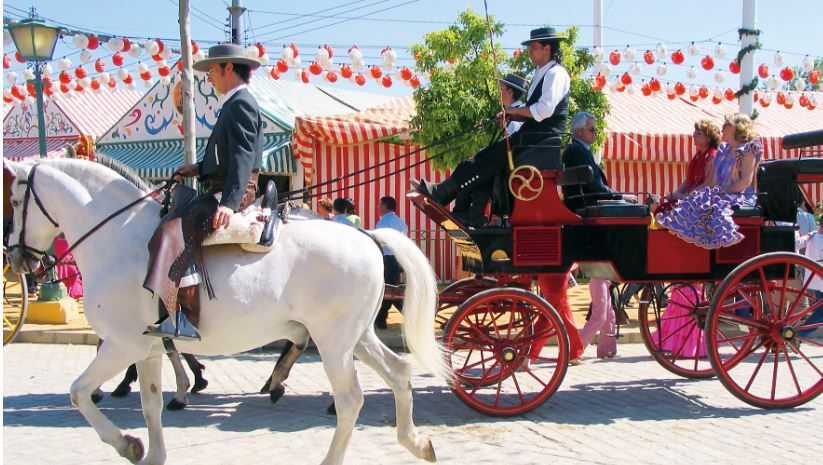 When on your Erasmus in Seville, feel yourself become another Sevillian local who each day gives life to the streets of the most fun Andalusian city of all. Take part in the nights out and the day trips. Lose yourself in its backstreets, travel like a tourist over all of Spain, fill yourself with the happiness and tranquillity of the South. Sunbathe and return tanned to your city. Visit every street, metro stop, bar and corner of the city. And live the Erasmus experience that the world dreams of. Enjoy! 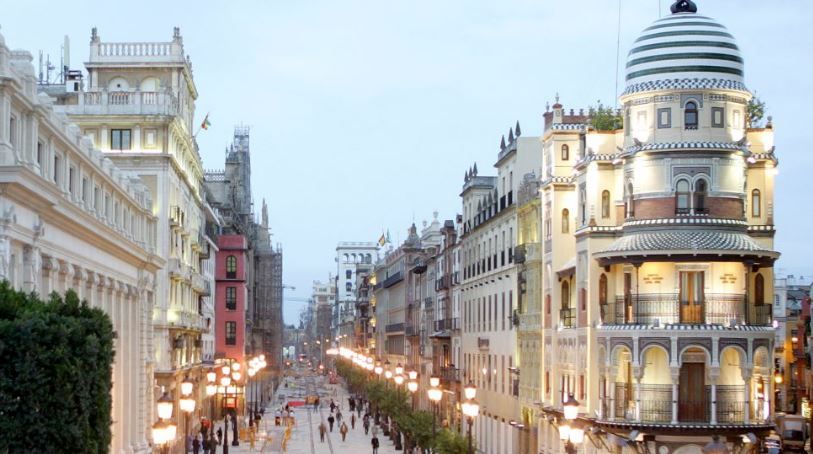