After the fall of the Berlin Wall and all of the changes that came with it in the years that followed, Slovakia opened its borders allowing more and more people to visit for the first time this previously relatively unknown country. Out of the most appealing places and the one which you absolutely cannot miss when you visit this picturesque country, is without a doubt, its capital Bratislava. If you make a trip to Vienna, don’t hesitate in passing by its ‘little sister’, found in Slovakia’s south-eastern corner. What’s more, it only to takes one hour to get there by train, making them the two closest capital cities in the world! For all this and much more, Unitrips presents you with the top 10 places you cannot miss and are more than obliged to see during your trip to the Slovakian metropolitan city.

One of the best places in Bratislava to see is its Castle. There is something inseparable and distinctive about Bratislava and its castle, which keeps watch over the city’s inhabitants from one of the highest points in the city. It has one of the best views of capital, particularly of the communist district ‘Petržalka’, the biggest in all of Bratislava, occupying all the opposite bank of the river Danube. In centuries gone by, the castle was residence to the Hungarian kings and today is home to the Slovak National Museum.

Just a few stops on the trolleybus down from Bratislava Castle, you can visit the monument built in the memory of the fallen Soviet soldiers during the Second World War in Eastern Slovakia – another of the best places in Bratislava. It’s worth a visit to Slavín not just for the soldier’s tombs or for its historical value or even the enormous monument which shapes the skyline, but also for the incredible views from its vantage point, from which you can see other beautiful parts of Bratislava. 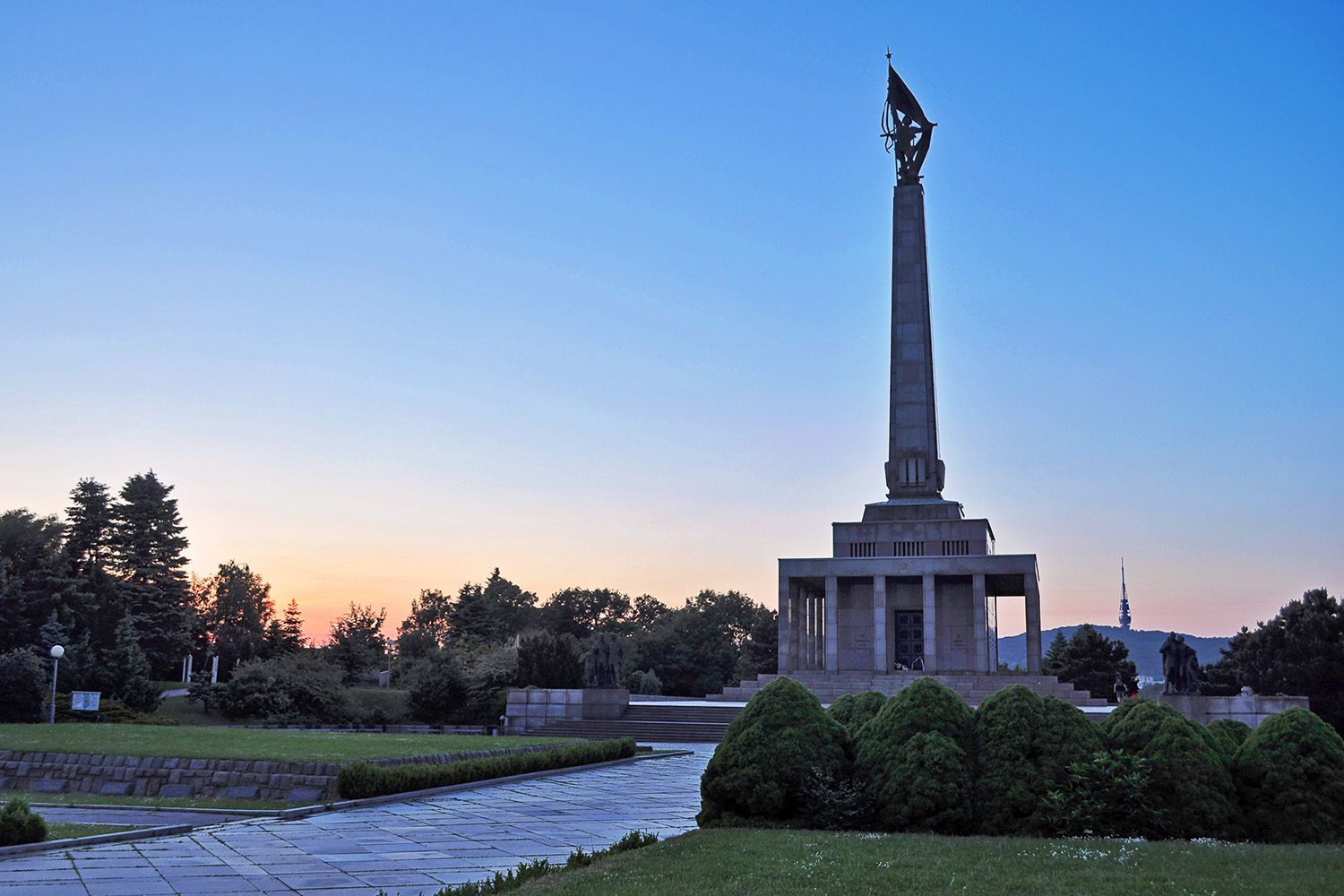 Certainly, the city’s historic centre is one of the most touristic spots and best places in Bratislava, where tourists cannot only appreciate the monuments, but can also enjoy the bars and restaurants. In summer, almost all the streets are filled with terraces. The sites which you can’t miss are:
Primate’s Palace – a beautiful baroque style building
Grassalkovich Palace – residence to the president of Slovakia
St. Martin’s Cathedral – the biggest cathedral in Bratislava and where the Hungarian kings were coronated.
Michael’s Gate – which used to form part of the medieval walls
Hviezdoslav Square – with the National Theatre and various statues
Hlavne Namestie – home to the statue of a soldier from Napoleon’s army

Another tourist attraction that no visitor to Bratislava can ignore as it is one of the best places in Bratislava, is the UFO Bridge, a suspension bridge with a length of 430 metres and is the largest in Bratislava. What’s interesting about the bridge is the structure on the uppermost part. A particularly strange structure, around 85 metres in height and looks like a UFO, where inside there is a restaurant (very good, yet expensive) and a viewpoint where the horizon of Slovakia, Hungary and Austria can be admired. Access to the viewpoint, by means of a lift, costs €6.50 and there are student discounts available.

If you want to get to know and investigate a bit of Slovakian history, then you need to visit Devín Castle. The ruins of the ancient castle are less than an hour by bus, taking the number 28 or 29 bus, from the centre of Bratislava. Next to the castle is the union of the Morava and Danubi rivers. Apart from the beautiful views, the castle is home to a museum with several expositions. 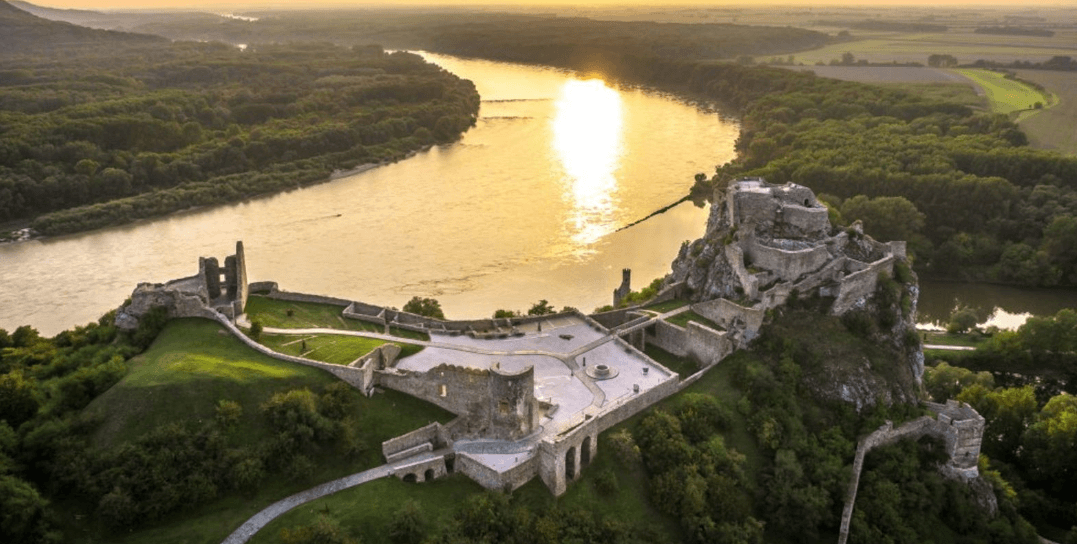 If your day has been intense and you’ve walked a lot, you can rest a while, and a good idea to do this is to go one of these two parks – some more of the best places in Bratislava. Both are large public spaces and are great for relaxing, chatting with friends or simply soaking up the sun (of course, you should go during the summer!) and the two are both a 15-minute walk from the centre. Meaning the Medicka Garden is situated on the side with the historical centre and on the other side over the UFO Bridge is the Janko Kráľ Park. The latter which has many trees bursting with life is located next to Bratislava’s artificial beach ‘Magio Plaz’ and a shopping centre.

You will have surely heard of how powerful the waters of the Danube are in Bratislava and how mighty the river can be in this part of the city. If you want to observe its power up close, then we recommend that you walk along its shore and in the meantime, you will come across the business, retail and residential complex ‘Eurovea’ with its extensive greenspaces. This is where many of the people of Bratislava enjoy meeting up in the evening and having some delicious cocktails or beers.

Some of the best places in Bratislava are the bars and restaurante. Speaking of beers and cocktails! Don’t miss out on Bratislava’s bars and restaurants, where a half litre of beer will normally cost you €1.50! You will have probably heard that the Slovaks are lovers of this elixir, but it is also very much worthwhile trying their food. You cannot go to this city without trying one of its archetypal dishes, we recommend that you try the original garlic soup, which is served in a bread bowl or the national dish halušky s bryndzou in the Slovak Pub, ‘Obchodná’, which is located in the central high street. If you are in Bratislava on a weekday, then many restaurants (Obchodná for example) offer daily menus, which usually cost around four euros for a soup, main course and sometimes a dessert and drink.

If you like nature, then the best places in Bratislava are number of woods which are in and around the city. The districts of Bratislava are surrounded by hills, known as the Little Carpathians, where many Slovaks go to hike, have BBQs or cycle. If you would like to go to the communication tower Kamzík, then remember that it is at highest point in Bratislava. The most sensible way of getting there is by trolleybus, number 203, from Hodžovo námestie (square next to the presidential palace) towards Koliba. Then the tower is a 30-minute walk through the wilderness. If you want to see Bratislava from 439 metres above sea level, then we recommend you going up to Kamzík and having something to eat in the pleasant restaurant. 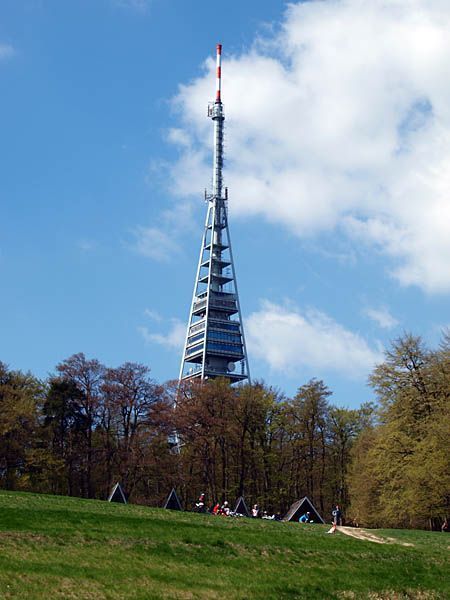 If you go to Bratislava in the summertime and you’re suffering through a week of 38 degrees heat (every year there’s one :P), you can cool down at the Zlaté Piesky lake, where apart from swimming, you can enjoy beach volleyball, tobogganing or try wakeboarding. We recommend this as one of the best places in Bratislava. 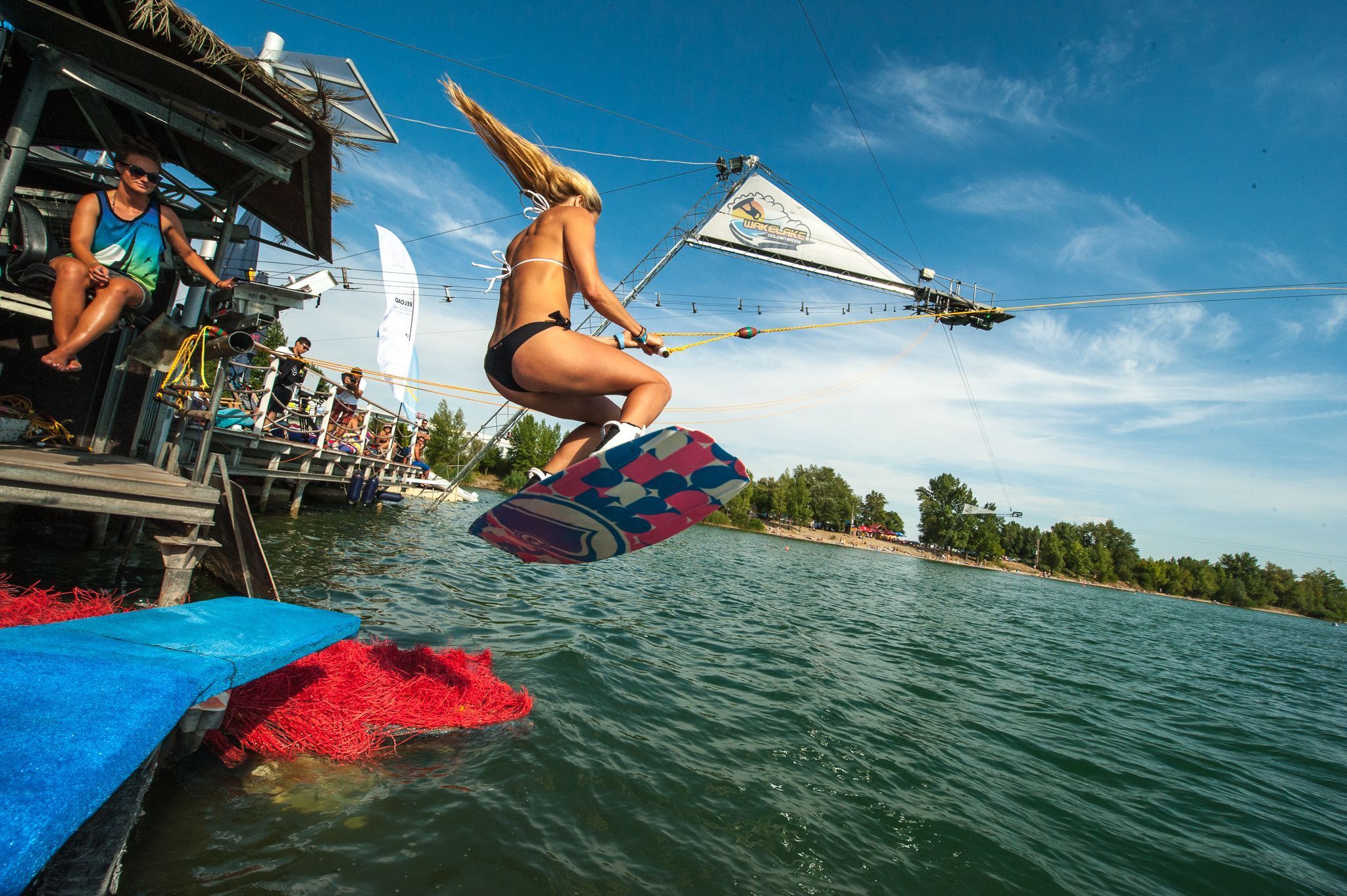 For all this and more you can’t miss experiencing Bratislava, therefore take a look at our new ‘A trip through time: WW2‘ tour where you will get to know this beautiful city among other well-known capital cities. We hope you enjoyed our Bratislava guide and hope you join us on a Eurotrip to get to know the incredible city. 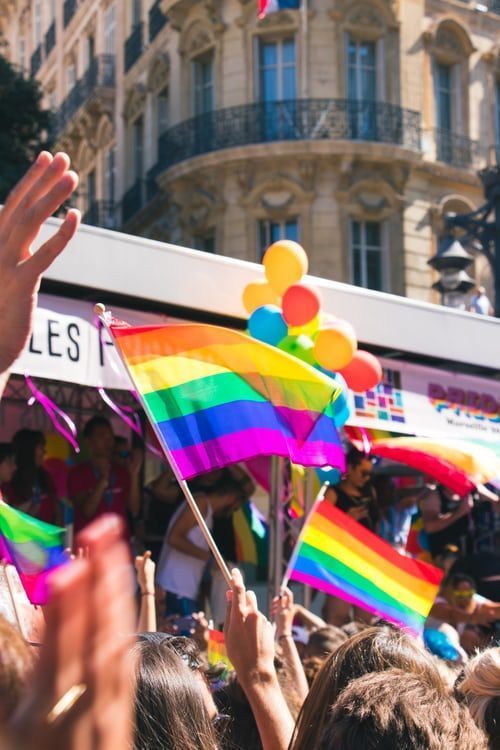 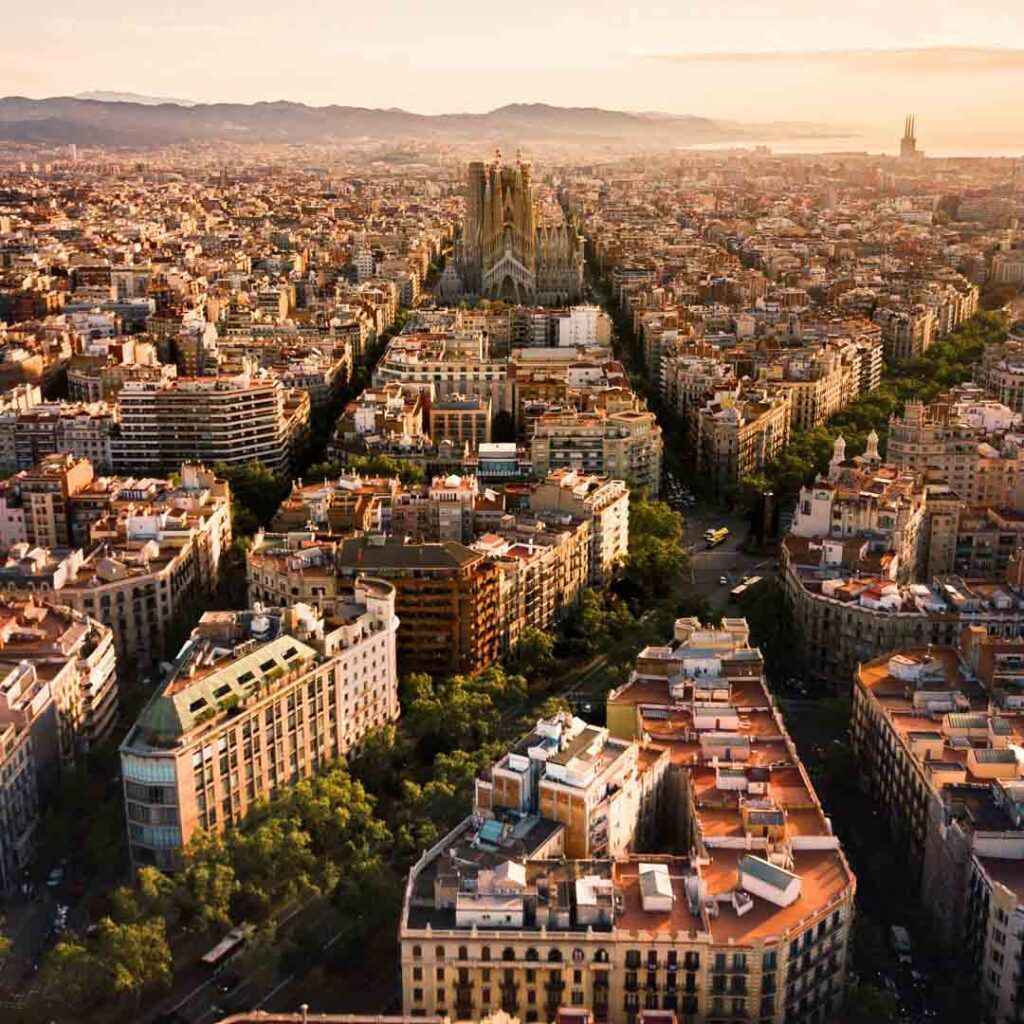 10 SMALL DELIGHTS DURING A TRIP WITH UNITRIPS

10 SMALL DELIGHTS DURING A TRIP WITH UNITRIPS 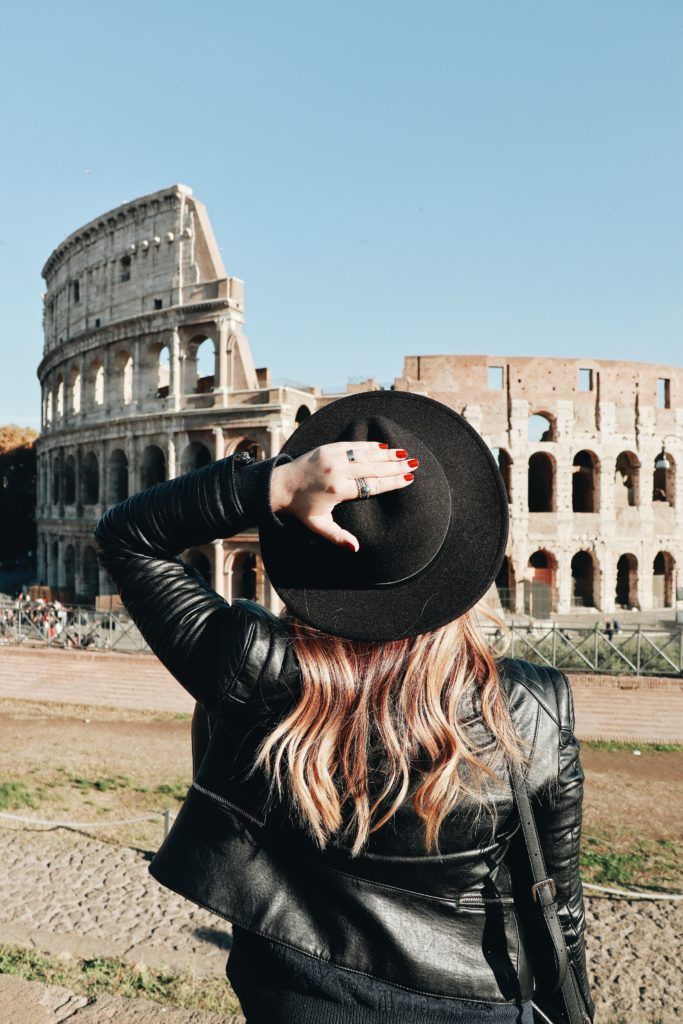