Good enough to eat; that’s simply Belgium, where the cuisine is enviably succulent and luscious. It’s true that as small as its culinary tourism is, it can give Spain a run for its money. The same goes for Italy; both the indisputable leaders of this department. Belgium is not far from many great European establishments, where the esteem of certain gastronomic delicacies is unique in the world. Here we’ll detail all you must know if you’re thinking about taking a culinary tour through the country of the Flemish and the Walloons and Belgian Gastronomy.

Influenced by the French and other international table spreads, Belgium’s kitchens serve up traditional dishes that no tourist can resist. 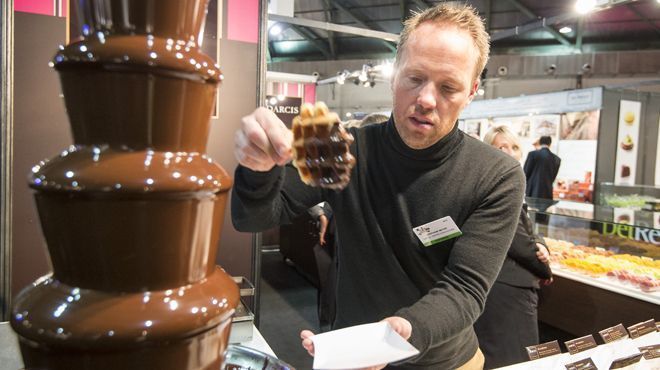 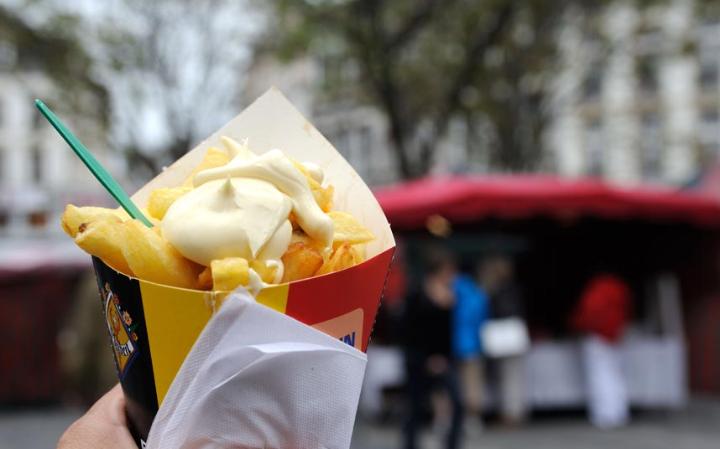 The first bit of Belgian Gastronomy is the star dish found in any Belgian restaurant; nothing less than chips. Simply made, though seeming to have very little else, the traditional recipe for fried up foods is studied even in hotel management schools. In Bruges, they have their own museum and most amusingly are characterised by the people walking past. You’ll find them being eaten in the streets, on benches, plain or dipped in sauce. Some of the most recognizable you’ll see are sauce andalouse, Brazil sauce, BBQ, Samurai…

Some of the best places to eat frites in Brussels include:

Frit Flagey, Place Eugéne Flagey, 1050 Ixelles (above all a classic for the Brussels locals, although their response speed is not the fastest)

Fritland, Rue Henri Maus 49, Centre (Its position in the centre of Brussels, just adjoining to the Brussels’ stock exchange building, is one of its great advantages, not to mention its long opening times that extend from late morning to early morning the day after) 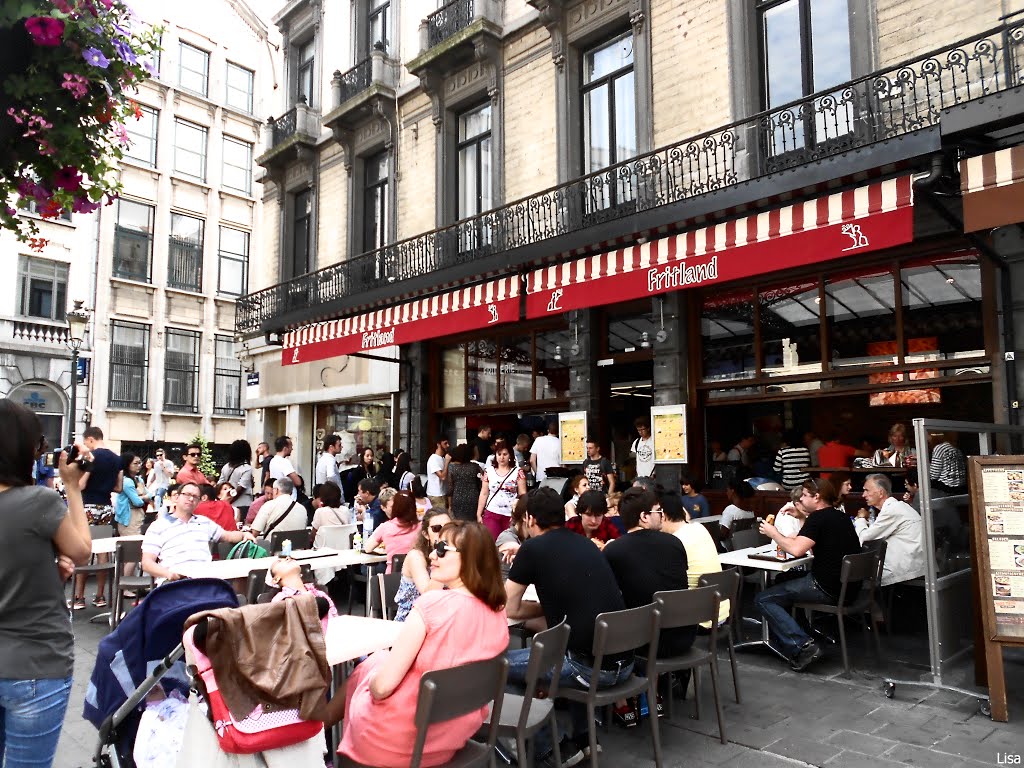 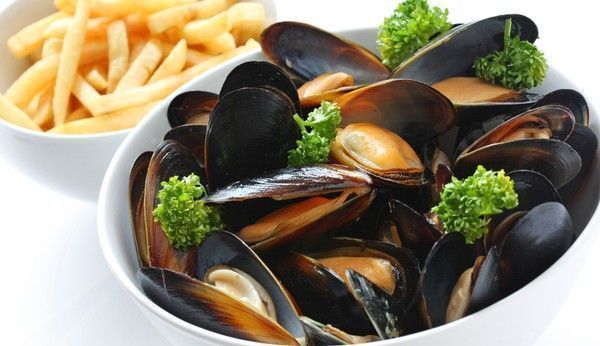 Simply put, they’re steamed mussels and always served with frites. It may seem unthinkable, but this traditional Belgian Gastronomy is served just as you’ve read and is exquisite. While the mussels are rather small, they are a joy to savour as titbits, accompanied with some delicious chips. The secret to their success is in the sauce used, like white wine, Provençal wine, garlic butter etc.

Some of the best places to eat mussels whilst in Brussels:

Rue de Bouchers restaurants: a series of classic and touristy restaurants in Brussels where the culinary competition will help you save money when comparing the different menus’ prices 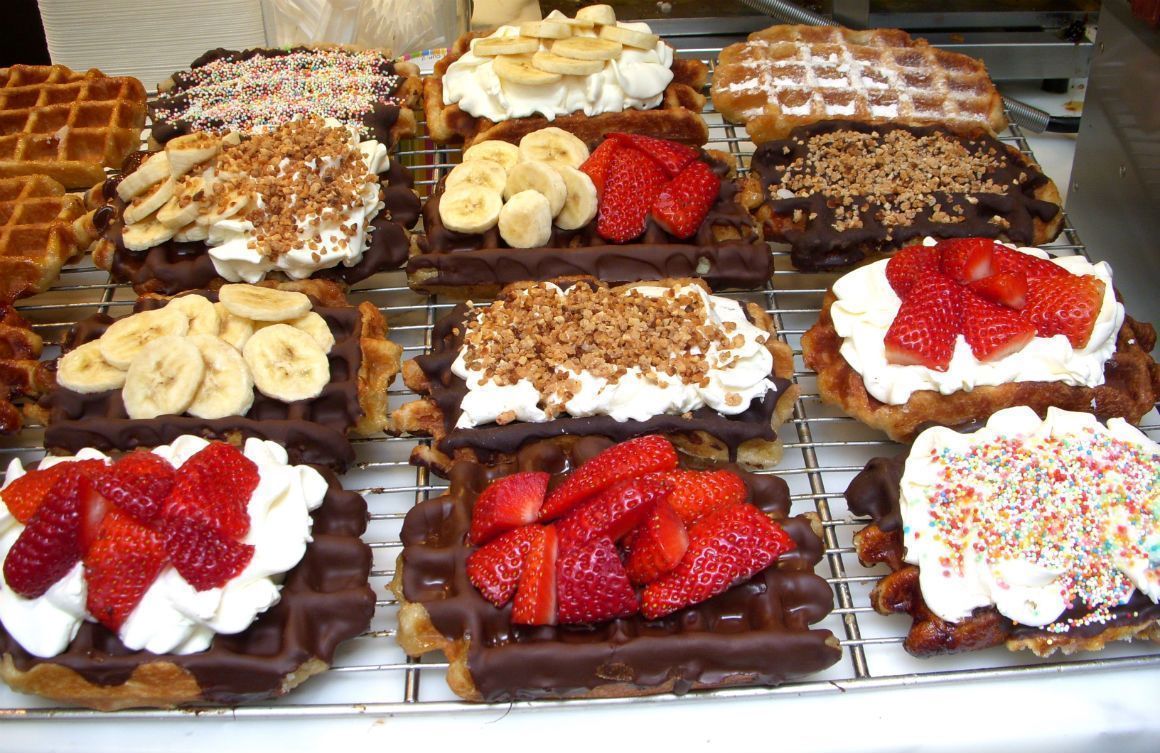 The symbol for Brussels and maybe the BEST part of Belgian Gastronomy, they can, in fact, be found everywhere and anytime, though usually during lunchtime, eaten as a snack or simply as quick, warm elevenses. It’s accompanied, of course, by melted chocolate, cream, powdered sugar…but it can also be taken “au naturel” as nothing more is needed. Those from the Waffle Factory are delicious, although there’s a lot to choose from in the streets. The standard is one, plain, and those with powdered sugar costs just 1 euro. Belgian waffles are crispy and golden on the outside, and sweet, fluffy and white on the inside.

They are a very common product of street food stands as they are the easiest to eat while walking. You’ll also be able to find them still warm on the bakeries’ display cases and depending on the toppings, the prices will vary from 1 to 5 euros. 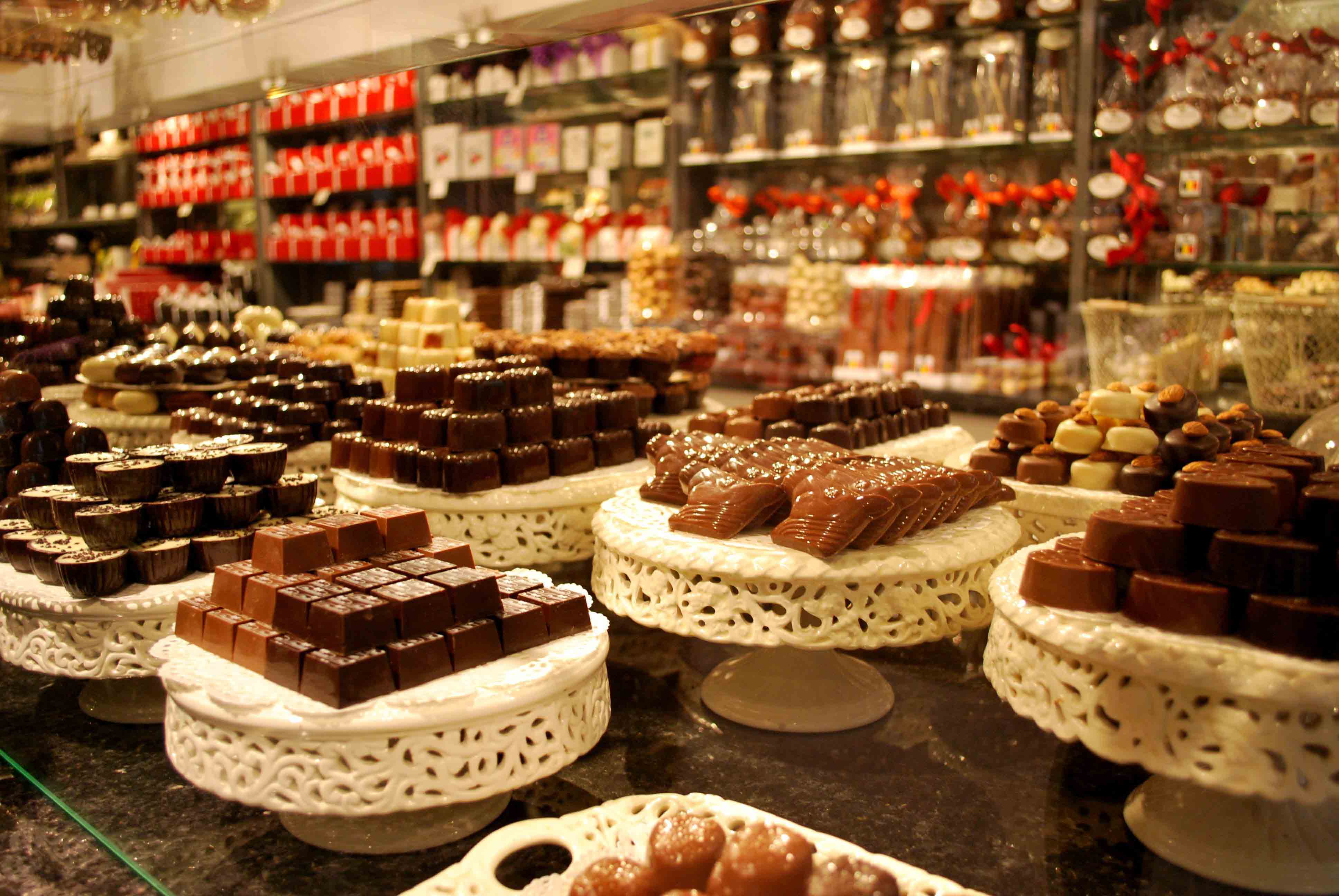 A truly authentic gem of Belgian cuisine. The first chocolates made were created in Brussels, in the named Galerie de la Reine which you can find right in the centre. If you want to know all about Belgian chocolates, look at this article where we tell you the best brands, but if you want a quick summary, remember: the best are Godiva, Leonidas and Neuhaus. You’ll be able to find them anywhere in Brussel’s central area. Same as for the section on chocolates, we invite you to read this article about the best beers you’ll be able to find in Belgium. There, where it’s commonplace for the locals, you’ll also find some of the best beer brands that you’d have to pay high import prices anywhere else. If you just want to spend your time in Brussels ‘drinking it in’, Brussels offers the Delirium Cafe: a bar where you’ll find more than 1000 varieties of beer. Don’t you dare miss it! 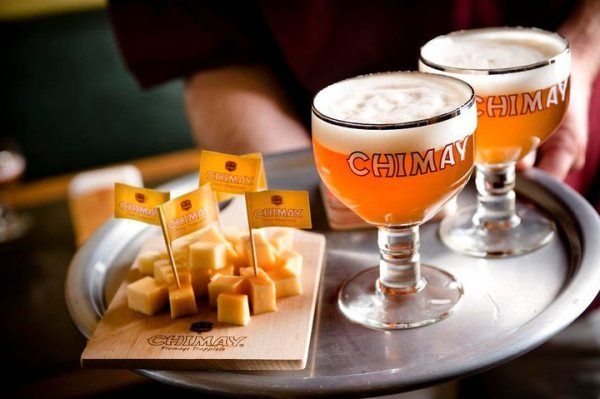 Even though it’s more associated with the Netherlands, Belgium enjoys more than 80 varieties of cheese at its disposal, much more than those in Switzerland, the Netherlands and even France combined. Much more than a simple appetiser, Belgians view cheese more as a dessert after the main dish. Just the opportunity to try el vieux Hollande or Briques de Flandes should be enough to make you take the trouble to come over. Some cafes and bars have an offer to try a selection of cheese on their menus, as to ensure you leave with the most pleasant flavour experience. 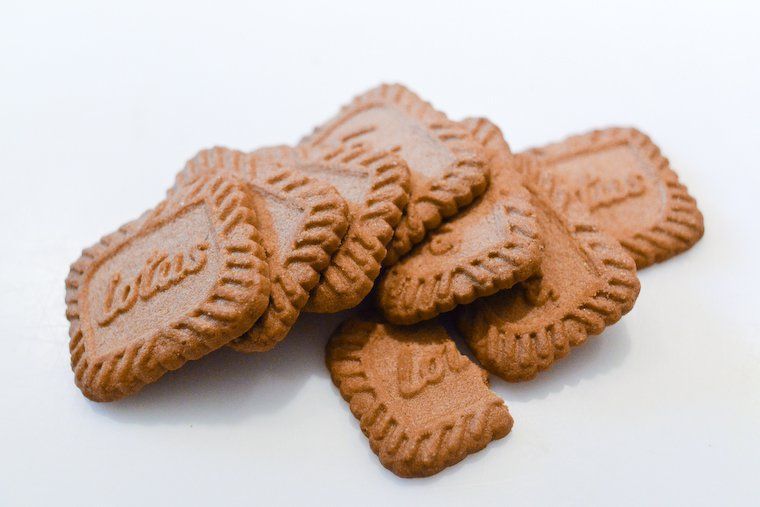 The very best of Belgian breakfasts and desserts, Speculaas are a customary biscuit that come with coffee in the best cafes in any city, known for their intense toasted flavour. However, only in Belgium are they an everyday item. They also have a prominent place amongst Brussels’ baking. In essence, they are a very traditional, aromatic biscuit, spiced with cinnamon, clove, nutmeg and ground ginger, the last of which gives it its distinguishing flavour. The appreciation for the biscuit is such that there is a spreadable custard to accompany it which you can find in any supermarket like Lidl, all without having to go too far.

We hope that it hasn’t been ‘too much for you’ to take in. Belgium is, without a doubt, a very favourable destination to try all of their culinary delights and Belgian Gastronomy is truly amazing.

To enjoy all of the delicacies of Belgium during our tours for this beautiful country, take a look a tour “European Gems” tour.