Amsterdam is considered to be one of the most liberal cities in the world, most likely exceeding any other. But this title is not to be taken lightly; there are a number of facts which show that the Dutch capital has every right to be acknowledged as one of the most tolerant places. They include the following:

Amsterdam’s red light district is one of the most well-known tourist attractions, with hundreds of windows in which prostitutes seek to attract the attention thousands of customers and tourists passing through. Prostitution in Holland is legal and women who work in this area must pay their Government taxes, private social security, taxes to the city, etc. This is considered a reason to why Amsterdam is on of the most liberal cities in the world. Visit this attraction on our summer tour through Europe.

In the red light district, you will only find women and transvestites. Some years ago as a sociological experiment, a former prostitute who ran a local tried to introduce Gigolos for the women in the windows. The initiative appeared not to have the desired effect since the women seemed to show no interest in the services offered by these men, and it also led to criticism from many sectors of the population.

This meant the district was filled with journalists. Therefore, if there was any chance of this new business working it was threatened by the shame of potential customers being put in front of the camera.

“Live and let live” is one of the city’s most popular slogans, being one of the most liberal cities in the world.

Amsterdam can be considered as the birthplace of LGBT rights (lesbian, gay, bisexual, transgender). Homosexuality stopped being considered a crime in 1811, with the first gay bar opening in 1927. One of the first gay rights organisations, COC, was founded in Amsterdam in 1946.

Paying homage to the gays and lesbians who lost their lives during the Second World War, the city unveiled the world’s first homosexual monument in 1987. Afterwards, Amsterdam became the first city outside of North America to organise the Gay Games in 1998 and therefore now it is considered as one of the most liberal cities in the world. And with Holland being the first country in the world to legalise same sex marriage in 2001, the mayor of the city officiated the first legal gay marriage in the capital.

Today, Amsterdam continues to reign as one of the favourite destinations for gays and lesbians, and at the end of July/beginning of August of every year, the city celebrates Gay Pride. You can visit Amsterdam with us during Pride month here.

The majority of citizens in Amsterdam travel around the city by bicycle. Walking to the centre, therefore, becomes a real danger for pedestrians and if they are not careful when walking down the road they can be knocked down by a cyclist; you must also, however, keep an eye out for trams as they are unstoppable.

Pedalling, besides being an environmentally friendly form of transport, keeps you relaxed, happy and fit and again, making Amsterdam one of the most liberal cities in the world. However, there are some who are unconvinced of how good this form of transport is or whether it can be introduced into big cities. Amsterdam, though, is without doubt very accustomed to this transport.

There are a variety of myths about the legality of marijuana in Amsterdam that makes it one of the most liberal cities in the world:

It is generally believed that this drug is legal, but in reality it is simply decriminalised. This means that if you are found carrying less than 5g in the street you can be asked to hand it over and nothing more will happen. However, if you are found with more than 5g then you can face a fine or imprisonment, so take care.

There are around 221 Coffee shops in Amsterdam where you can smoke cannabis, however they do not sell alcohol or hard drugs and it is not permitted to smoke tobacco. In the rest of Holland, it is possible to buy marijuana but only residents can; so in terms of tourists they can only buy it in Amsterdam itself.

It is vital not to mix up one freedom with another, as it is illegal to cycle under the influence of cannabis. 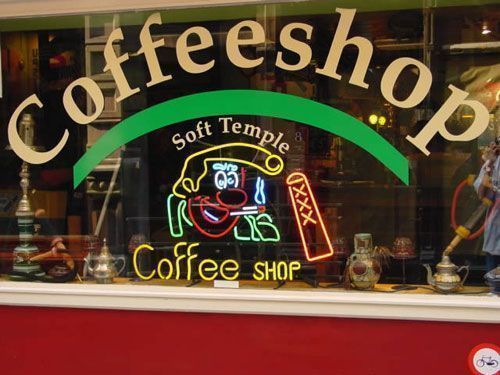 There is a story in Europe as to the freedoms this city has. On the 2nd October 1997 the Amsterdam Treaty was signed. The Treaty declared that the European Union is based on the principles of liberty, democracy, respect for human rights and fundamental freedoms and the rule of law. These principles are common practice in all member states.

The principle of no discrimination and equality of opportunities was established as one of the basic guidelines of EU policies. The Council promised to adopt all kinds of measures on discrimination motivated by sexuality, race or ethnicity, religion or conviction, disability, age or sexual orientation. It also reinforced the promotion of gender equality.

All of this is most definitely enough to justify Amsterdam being one of the most liberal cities in the world. Thanks to its policies and laws, the people live and let live, respect, are happy and peaceful and contribute in creating a very tolerant society.

See Amsterdam, one of the most liberal cities in the world, thanks to our trips:

Trip at christmas around Europe

itinerary of 15 days around Europe