Brussels, the city of waffles, beer, students and Tintin. The European capital, the home of the headquarters of many different European Union buildings and a hub of tourism, attracting people from all around the world. Home to the famous Manneken-Pis and the impetuous Grand Palace. Discover this guide to 2 days in Brussels. There is no other city quite like Brussels. Discover it with Unitrips here.

The capital of Belgium is already considered to be home to the greatest number of politicians and senior officials of the European institutions, such as, the Parliament, the Commission, the Council and the Committee of the Regions. Only a few metres away from these hugely important buildings you will few a city of vast international importance, but it still manages to maintain the peace and quiet of a small city. If you pass through Central Europe you need to visit Brussels. So… when you do, here is a guide on how to see all you can in Brussels in 2 days:

We will begin our route at the farthest point: The Atomium. This monument, that looks like a giant atom, is actually one of the pieces that were part of the Expo of 1958, held in Brussels. Even today this monument has been preseved perfectly, and has therefore become the hallmark of Belgium. To get here, you must take the metro to Heysel. When you approach the monument make sure you have your eyes closed as when you open them you will be able to see a giant! You can also get to the top, for  price, and from here you can admire the whole of Brussels. 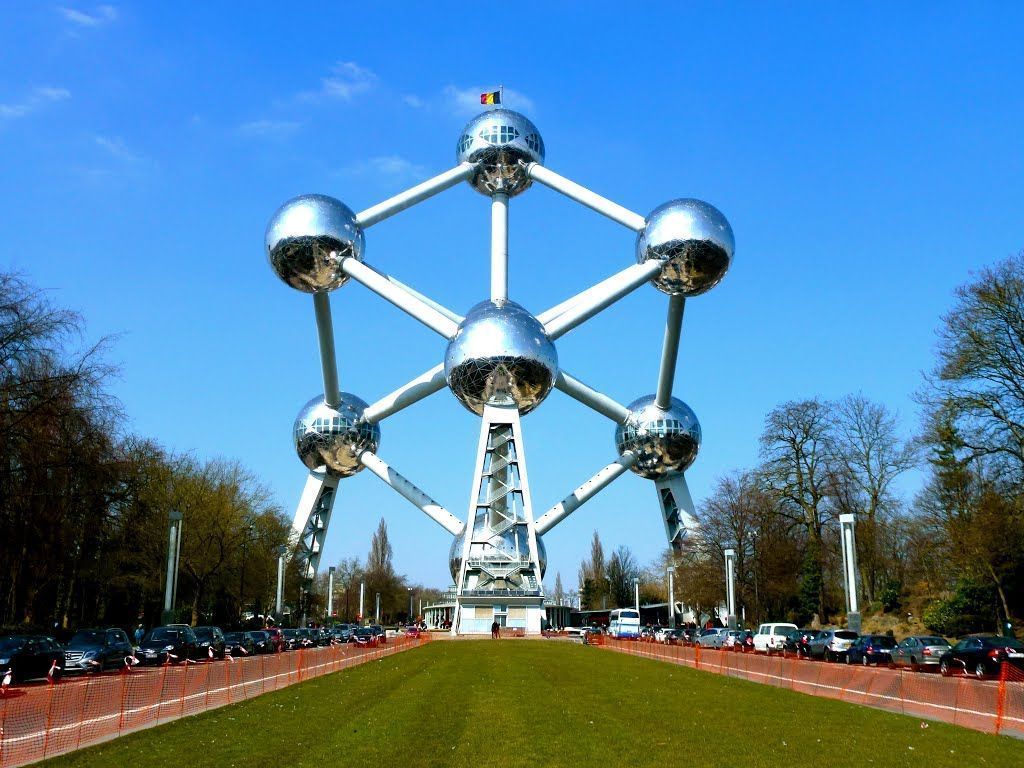 Next to the Atomium you will see MiniEurope, precious miniature models of all of the most popular cities in Europe. But, subjectively, as you have so little time, its not really worth visiting when you are only in Brussels in 2 days. Instead, you should continue walking towards the end of Avenida del Centenaire and into Laeken Park to explore the Palace and the Chinese and Japanese temples, which will give you some insight into Asian culture.

At the end of this route, hop back on the subway at Heysel and head towards La Bourse, it is here that you will find the historic centre of the city. The Bourse, or Plaza de la Bolsa, is one of the most important squares in Brussels. Here,  today, a multitude of flowers, candles and commemorative memories are always present in order to reflect on the recent attacks on the city´s metro. You should then head in the direction of the Grand Palace, make sure you walk down Beurre Street, which is full of souvenir shops, sweets, cakes and chocolates (some the the Belgian specialties). 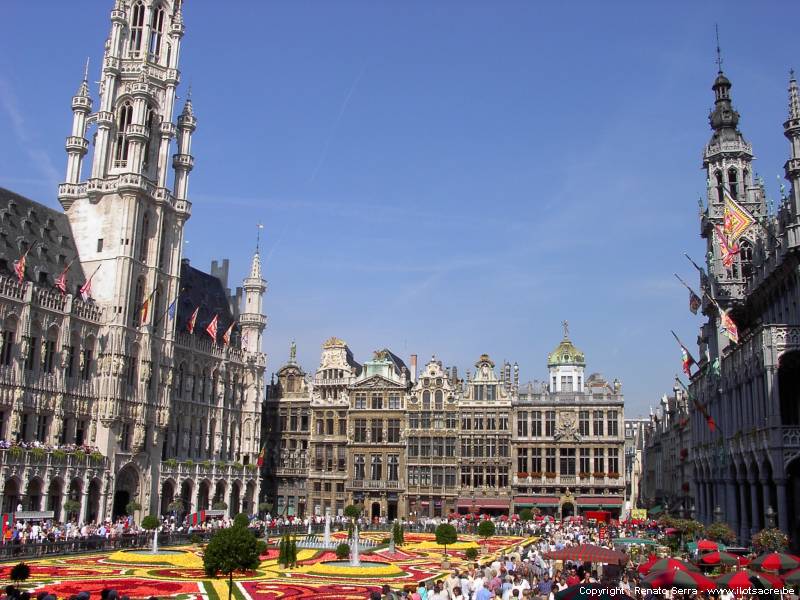 Once we have crossed this street and bought what is necessary, we will arrive at the Grand Place, “kilometer zero” of Belgium and of splendor unique in the world. In it is its town hall, with the highest tower in the square. Its gothic architecture, ornate, and covered with gold loaves is a real gem for the eyes. We will continue our route along the street facing the City Hall (Petite Rue des Bouchers) and we will stop at the main Rue de Bouchers. Here we can eat quietly in one of the dozens of places where we will offer steamed mussels, potatoes and drink for about 10 euros a head. This is the most typical dish for tourists, in one of the most traditional streets of the Belgian capital.

After lunch, we’ll go for coffee. In this same street, a little higher and turning right, we find the alley of the Village, where we will find the most famous Delirium Café. In this bar, the typical thing is to order one of the more than 1000 types of beers that gather, or a nice coffee on your terrace. At night it is full of students and tourists, but in the afternoon it enjoys an enviable tranquility. Do not forget to discover one of the secrets of Brussels approaching the end of the alley and photographing the hidden fountain of the “Jeanneken-Pis”, the sister of Manneken. 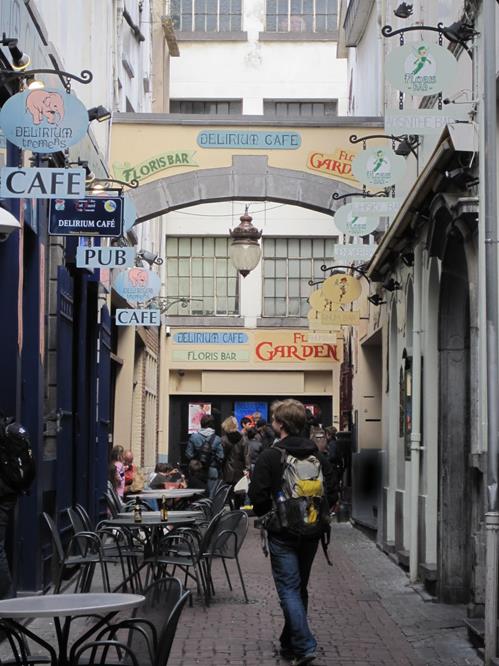 And speaking of the latter, what better than to go see him! In Brussels everything is very close, and a good idea to rest your coffee is to walk calmly towards the Grand Place, orienting us by its high tower, and when arriving, cross it towards one of the street that goes down of the left of the City council (Rue de l’Etuve). This street, also tourist, will make you suddenly find, on the left, the small statue of the Manneken-Pis, or meón child. And if you are in a specific time, you are still lucky to find him dressed in a typical costume. 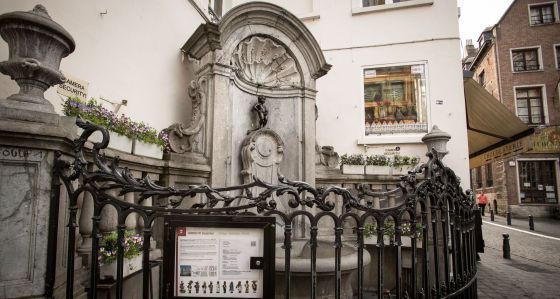 We will turn right on Rue des Grands Carmes and arrive at Marché Au Charbon. This street is characterised for being the epicenter of the gay district of Brussels, full of atmospheric places, pubs, coffee shops and other places for an alternative public. A good idea is to spend the afternoon in one of its breweries and dine in the area. When finished, we will return to the Grand Place to contemplate it at night and we will retire to rest.

Our second day we will start it in the metro De Brouckère. Here you will find the Opera Square and the Rue Neuve, perfect for shopping. Although what awaits us this afternoon is much more glamorous than this. We will go, from there, to Avenue Louise. Here we will find the most luxurious area of ​​Brussels, including the birthplace of Audrey Hepburn, and the impetuous Palace of Justice, with the Mirador de Les Marolles. On the right, we will go down Rue Regence, passing through two of the most beautiful churches in the city: Le petit et le Grand Sablon. And we will continue until we reach the Plaza de Royale. Here we will find the church of Saint Jacques-sur-Coudenberg and, continuing towards the front, the Royal Palace, opposite Park. In this square we can not forget to head towards the viewpoint of Monts des Arts, from which we will have one of the widest views of the city. In this area, for the most cultured, there is the Magritte Museum, the Musical Instruments and the Fine Arts of the End of Century. Continue the Rue Royale to meet, on the left, with the Cathedral of San Miguel. And we will eat in this area. 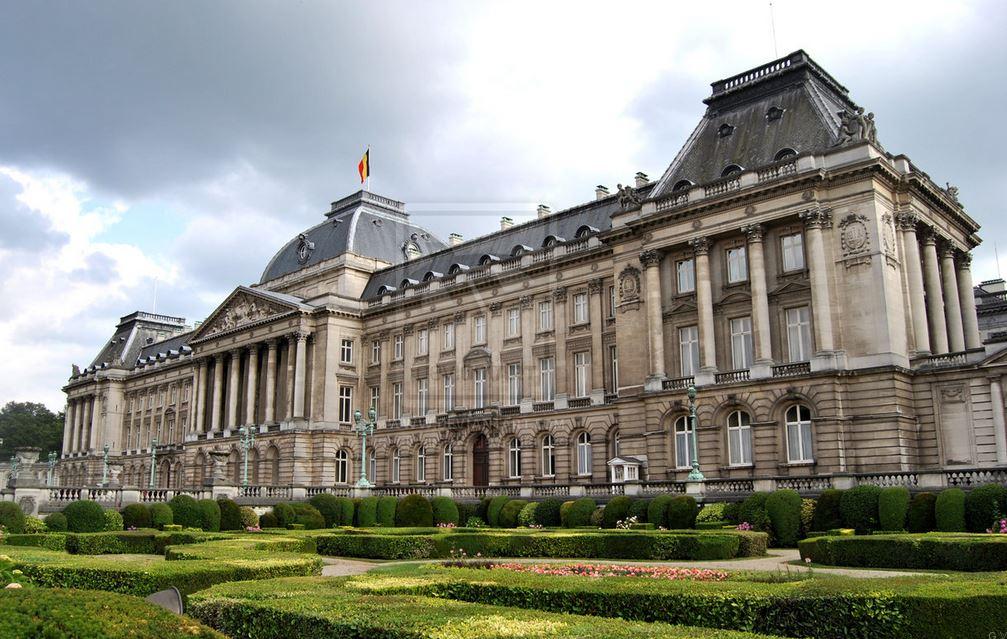 If we have not moved very far, taking the subway at Gare Centrale, we can head towards Schumman, the European neighbourhood, where we can see the European institutions of the Council and Congress. In this area, we will approach the Cinquentenario Park, where the most important arch of Brussels will welcome us. 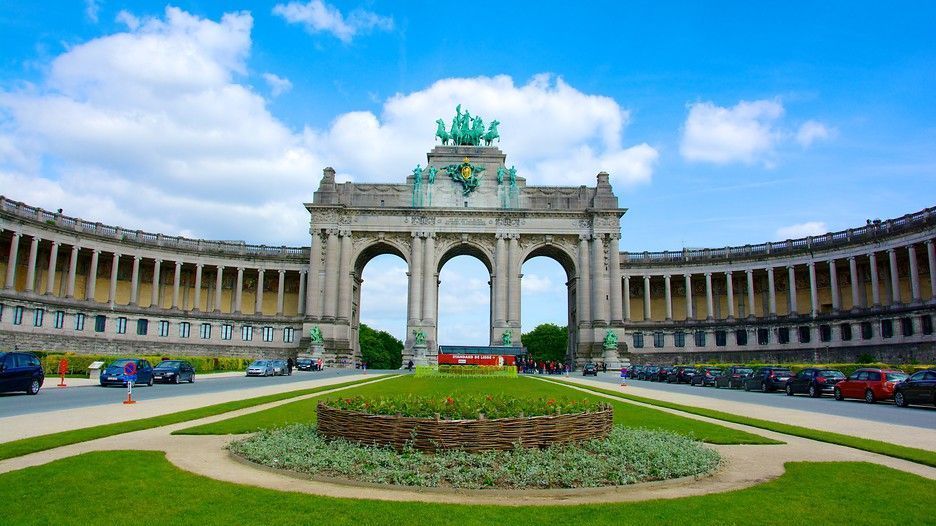 Source: umturistapelaeuropa / Parq du Cinquentenaire
To finish the European route, we will take the public transport that will take us to Luxembourg, in whose square we can not miss the building of the European Parliament, and take the opportunity to drink something for the amount of bars and afterworks that are here. When finished, we will take the transport to Saint-Catherine. Here we can visit the cathedral and enjoy one of the most traditionally Belgian areas of the city, ending our trip with a dinner at one of its typical restaurants, such as the Monk, on the Rue de Saint Catherine. And conclude by going around the Saint-Géry district and its beautiful closed market. 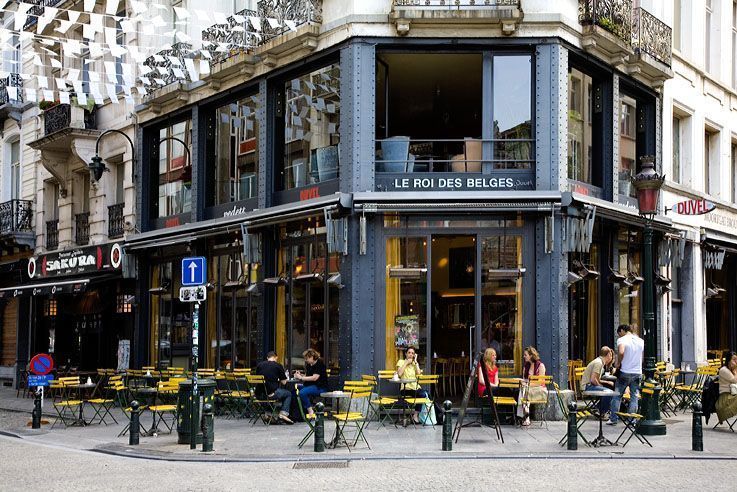 Source: hotels-belgium / Saint-Géry
Here ends our exploration of Brussels! We hope that you have enjoyed it- And remeber there is still so much left to do and see such as Ghent, Bruges, Amberes and Leuven. Want the chance to see all of these palaces? We then join us on our Gothic Europe Tour!
: Belgium, Brussels, tourism, tourism